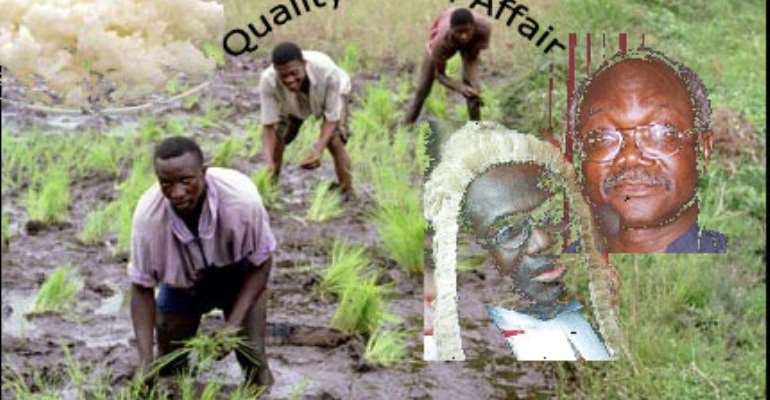 One of the 3 Quality Grain convicts, former Minister of agric, Ibrahim Adams walked out of the kumasi central prisons at 3.09 am GMT today after a two year jail term.

Ibrahim Adams together with George Sipa Yankey were sentenced and jailed two years each for willfully causing financial loss to the state with respect to the roles they played in the implementation of the Quality Grain Project at Aveyime in the Volta Region.

Kapital Radio can confirm that he was escorted outside the prison premises by deputy director of prisons in charge of operations Dan Quaye with a land rover discovery PS6 enroute Accra.

Tight-lipped Prison officials refused to speak to Kapital Radio's investigators at the time.

Disappointed party faithfuls as well as some regional executives who have planned a mini rally in his honour questioned why he was sent straigth to accra this morning when the station broke the story.

Also give us ‘dumsor’ timetable — Kumasi residents
24 minutes ago