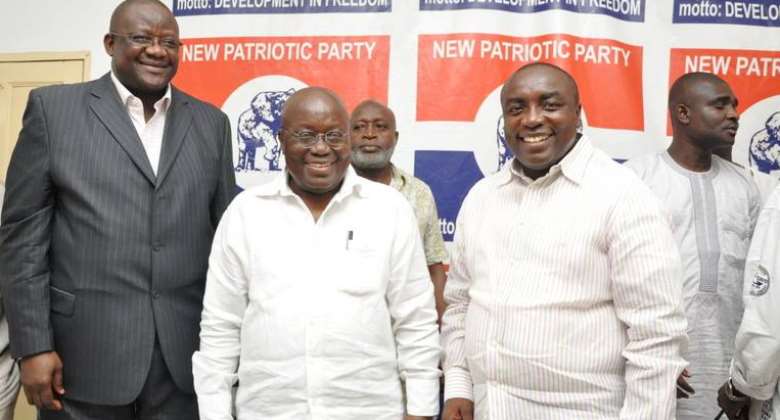 Nana Addo Dankwa Akufo-Addo, standard bearer of the New Patriotic Party (NPP), has denied a report in the Daily Graphic suggesting that he is behind efforts by regional chairmen of the party to remove Paul Afoko, National Chairman, from office.

A statement from his office stated that 'This impression is totally wrong, flawed, and mischievous. As a general rule, Nana Akufo-Addo does not like to engage in media commentary on internal NPP matters, but, having regard to the importance of the issues at stake and the central role of the Daily Graphic in the Ghanaian media, it is necessary for him to set the records straight.'

The statement pointed out that on his arrival from Europe on May 22, Nana met with the Chairman and General Secretary of the party to review the recent unfortunate tragic developments that had taken place in the party and agreed that a joint meeting of the National Executive Committee and the National Council of Elders be convened for Monday, May 25, to deliberate on them.

In Accra, on Saturday, May 23, he informed the National Chairman of this development, and urged him (National Chairman) and the General Secretary to make contact with the Regional Chairmen to sort the matter out so that the National Executive Committee meeting could take place as scheduled, the statement explained.

Afoko Cancels Meeting
The statement said surprisingly, the NPP presidential candidate received notice that the National Chairman had cancelled the National Executive Committee meeting scheduled without any prior reference to him (Nana Addo).

'Nana Akufo-Addo bore no responsibility whatsoever for the convening of the Regional Executive Committee meetings' the statement stressed, adding that 'Nana Akufo-Addo wants the membership of the NPP to understand that he continues to work for understanding and unity in the party.'