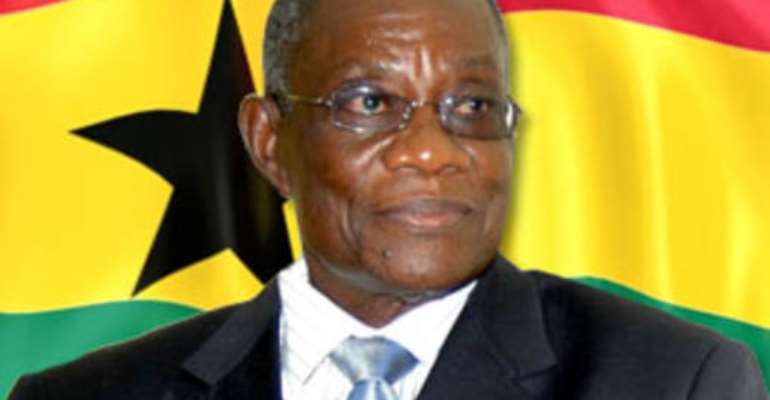 Former President Jerry Rawlings says his criticisms of the Mills administration, should not be taken personal at all.

He says while he understands the discomfiture of the family of late Prof Mills over his (Rawlings') criticism of his presidency, there can be no denying the fact that the late President Mills had a difficult presidency.

'We cannot be in denial of the fact that he had a difficult presidency. I have on several occasions complimented him for being an excellent Vice President,' Rawlings told Graphiconline on Sunday.

Rawlings had a fortnight ago called for what he described as “a re-invigorated and re-energised party machinery” to take advantage of current happenings and “… do what needs to be done” ahead of the 2016 elections, explaining that “there was an air of desperation and near panic when the Prof passed” and that the “NDC would have lost terribly had God not called the Prof.”

At the weekend, Prof Mills' family expressed disapproval of Rawlings' comments and virtually barred him from attending any official event commemorating his death.

But Rawlings says the reaction from the family is understandable and that he would respect their decision.

He said not many can take the truth about the 1966 coup that toppled Ghana's first president Dr. Kwame Nkrumah, and the fact also remains that since the time of President Mills, the NDC has become the horse to be ridden by some Nkrumahists.

'The reaction from the super-Nkrumahists who are going berserk because they don't know which party they want to ride is nauseating. There are some genuine Nkrumahists in the NDC whom we respect and have worked with.

'But there are also those working on the fringes of every party who feel that unless the NDC and some of its personalities are destroyed, their aspirations will not be met. Yet their aspirations are nowhere near what Nkrumah stood for,' he lamented.

The former president said there is a culture of deceit and denial which is hurting the country in many ways. 'Yet the NDC derives her strength from standing for what is just and correct. If I cannot remind our party of the sources and causes of our weaknesses we will continue taking refuge in denial only to face a brutal reality one day.

'A question we should be asking ourselves looking at where we stand today as an NDC party will be, will you be half as comfortable as the NPP (New Patriotic Party) in opposition, will you feel just as secure if you were in opposition as well? I hope this drama will give NDC supporters a little insight into the power play to control the NDC,' he said.

Mills was vice-president from 1997 to 2001 under President Jerry Rawlings before serving later as President of Ghana from 2009 until his death in 2012.