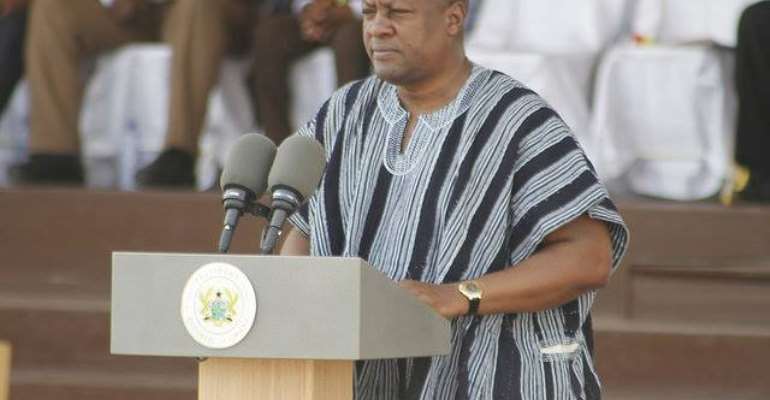 Accra, May 22, GNA - President John Dramani Mahama on Friday called on Africans all over the world to be the front liners in telling their own success stories, since others are interested in the negative aspects.

"Insist on being experts in our experiences and success for others to know the positive side of the African continent," he said.

President Mahama who was delivering a keynote address at the 6th Annual Oxford Africa conference in the United Kingdom said because Africans over the years had reneged on their responsibility to portray their successes, others had waded in with negative aspects.

He said over the years other writers only succeeded in portraying Africa as the continent of war, conflict, hunger, deprivation and corruption.

"We must be our own historians, writers and story tellers of our success'.

President Mahama said Africa had over the years made tremendous strides in the socio-economic development of the continent, but the refusal of its people to prominently showcase the good platforms and prominence had left the erroneous beliefs in the minds of others.

The President said Africans by origin were one people with common socio-cultural uniqueness, but were divided in diversity with political colonialism which had distanced each other from their peers.