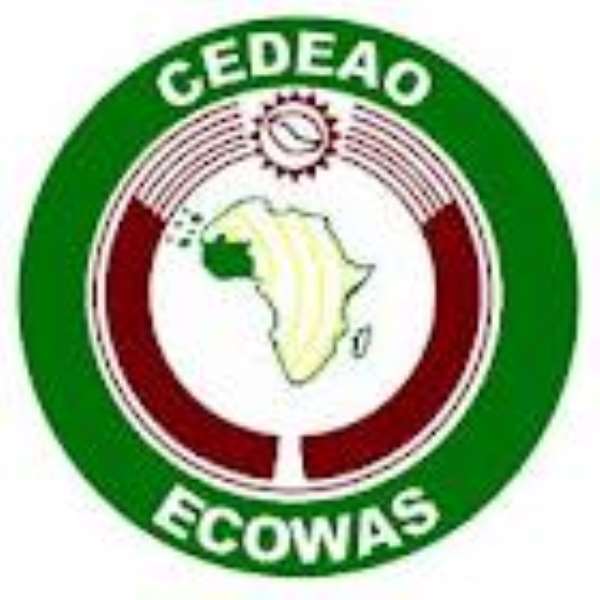 
Accra, May 22, GNA - The Authority of the Heads of State and Government of the Economic Commission of West African States (ECOWAS), has expressed satisfaction at the peaceful conduct of the presidential elections in Nigeria and Togo.

The Authority warmly congratulated General Muhammadu Buhari on his election as the President of his country, and Faure Essozimna GnassingbÃ©, President of Togo on his re-election.

Mr Kadre Desire Quedraogo, President of the ECOWAS Commission, stated these in a final CommuniquÃ© of the 47th Session of the Authority of the ECOWAS Heads of State and Government.

The ECOWAS Commission also commended Mr Goodluck Jonathan, out-going President of Nigeria, for his dignified and democratic conduct which contributed in a large measure, to the peace that prevailed after the declaration of the results.

The communiquÃ© also paid special tribute to President Jonathan for the commitment he consistently demonstrated throughout his tenure, in undertaking reforms to ensure the development of his country.

It also hailed his significant contribution to the integration process in West Africa, and the management of the Mali and Guinea Bissau crises, among others.

The Authority applauded President John Dramani Mahama of Ghana and then Chairman of the Authority, for his crucial role and active diplomacy in Nigeria and Togo, which contributed to creating an enabling environment for peaceful elections in the two countries.

The Authority re-affirmed its commitment to deepening the democratic culture, and the promotion of good governance in West Africa.

In particular, the Authority agreed to strengthen constitutional convergence principles.

On the political and security situation in Mali, the Authority commended the efforts of the international mediation, which led to the signing, in Bamako on May15, the Agreement on Peace and Reconciliation in Mali.

The summit expressed its total support for the agreement which offered good prospects for the country's peace, reconciliation and development.

The Authority congratulated President Ibrahim Boubacar KeÃ¯ta of Mali and his government, as well as the Algiers Platform Movements and the groups in the Coordination of Azawad Movements (CMA), which signed the Agreement, for their commitment to these values, and to the well-being of the Malian people.

The summit urged the other CMA groups to take a decisive stand for peace and reconciliation, and sign the agreement without delay.

The Authority declared that only the security and defence forces of Mali have the right and legitimacy to occupy any part of the national territory in the conduct of their responsibility, to protect their borders, peoples and their properties, and that any occupation by irregular and non-state forces were illegal and therefore should end.

The Authority re-affirmed the importance of the principle of inclusiveness which should govern the transition process and election planning.

In that regard, it renewed the different calls made in the past to all the Burkinabe stakeholders.

The Authority urged all stakeholders to strictly adhere to the electoral timetable for the Presidential election on October 11.

The summit urged ECOWAS member-states, and the international community, to provide financial support to Burkina Faso for the organization of credible, fair transparent and inclusive elections.

The Authority lauded the role of President Macky Sall of Senegal, in providing support to the transition in Burkina Faso, and encouraged him to pursue his efforts till the end of the process.

The Summit underscored the need for dialogue among the political stakeholders in Guinea, with a view to creating conditions for the success of the on-going electoral process.

The Authority commended the initiative taken in that regard by President Alpha CondÃ©, of Guinea, and urged the different political stakeholders, to systematically use dialogue to achieve the consensus necessary for the electoral process.

The Summit directed the Commission to facilitate the dialogue between the Government and the Opposition.

It welcomed actions taken by the President of the Commission, to dispatch a high-level mission to Guinea to aid the achievement of consensus among stakeholders on the conduct of elections and the preservation of peace in that country.

On the issue of security threats the Authority reaffirmed its determination to stem, by all means, every threat to regional security.

In that regard, it welcomed the joint efforts underway by Nigeria, Niger, Cameroon and Chad, to combat the Boko Haram terrorist group.

The Authority highlighted the need for a United Nations Security Council Resolution in support of these efforts, and to aid the concerned countries in addressing decisively the recurrent attacks by Boko Haram.

The Authority directed the President of the Commission to resume consultations for the organization of a joint ECOWAS/ECCAS Summit on the fight against Boko Haram.

The Heads of State and Government renew their appeal to the international community to assist Nigeria, Niger and other neighbouring countries in dealing with the effects of the massive flow of refugees and internally displaced persons.

In order to finalized the institutional reform process and prepare for the imminent end of tenure of some statutory appointees, the Authority approves the setting up of an ad hoc Ministerial committee comprising Cabo Verde, Ghana, Guinea, Nigeria and Senegal with the purpose of carefully considering the various issues and making a proposal to the Authority at one of its future extraordinary sessions.

The Authority urged the Community Institutions to pursue their thoughts on the enhancement of the prerogatives of the ECOWAS Parliament and to report to the Authority.

The summit welcomed the take-off of activities in ECOWAS member-states to commemorate the 40th ECOWAS anniversary.

The Authority decided that the event at regional level would feature special anniversary-specific festivities to take place in Abuja, Federal Republic of Nigeria, on a date to be communicated later.

The Authority expressed its immense gratitude to President John Mahama, Chairman of the Authority for his untiring efforts in the promotion and deepening of the integration process in West Africa.

The Authority commended him for his readiness, and especially for his remarkable leadership in steering the region's affairs.

The Summit elected President Macky Sall of Senegal, as Chairman of the ECOWAS Authority of Heads of State and Government for a one-year term.