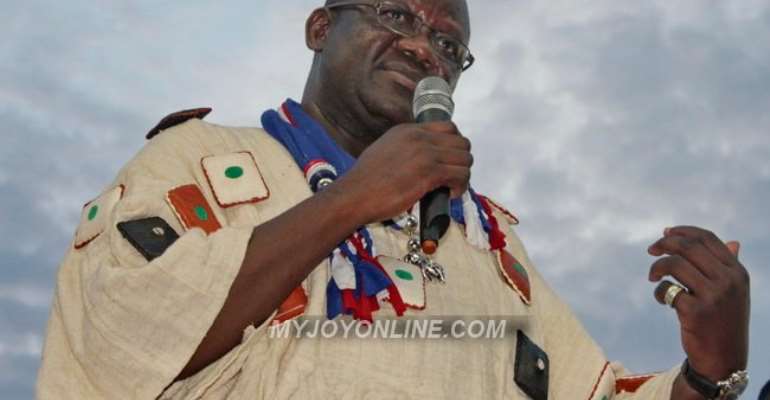 A member of the NPP council of elders, Akenten Appiah-Menkah is disagreeing with calls for the resignation of the party’s National chairman and General Secretary following the tragic acid attack and death of a regional party leader.

He argues that the two cannot resign on the basis of suspicions that they have something to do with the death of the Upper East regional chairman Adams Mahama.

Mahama suffered an acid attack said to have been carried out by two assailants around midnight Wednesday.

His death Thursday morning triggered suspicions with some party leaders linking the two national party executives to the death.

The two, few days ago had disagreements with the deceased person following a scuttled meeting in the Upper East region.

The Upper East police have arrested one of the suspects- Gregory Afoko, brother of the chairman who is alleged to have carried out the attack.

There has since been calls for the party chair and secretary to resign. The resignation calls have been deepened with backing from notable figures such as Assin Central MP Kennedy Agyapong and council of elders member George Ayisi-Boateng.

Ayisi- Boateng feels the continuous stay of the two will further worsen the divisions within the party.

But a fellow council member Appiah-Menkah is rejecting the calls.

He wants the party’s famed tradition of the respect for the rule of law to unravel circumstances surrounding the tragic incident.

Appiah Menkah
Even after the NPP narrowly lost the 2012 presidential election, the party resorted to the Supreme Court to make a case of fraud, albeit unsuccessful, when the supporters could have gone on the streets Appiah-Menkah recalled.

He does not see why the party should “brush aside” the party’s constitution and “without waiting for the outcome of an investigation” insist that the two national executive members resign.

Wading into the matter, political scientist Kwesi Jonah says Paul Afoko will have to resign sooner than later following events leading to the tragic attack on regional party chairman.

His comments add to calls within the party for the resignation of the party chairman and general secretary who have endured a troubled tenure since they were elected into office.

Kwesi Jonah told Joy News “it will be extremely difficult for Paul Afoko to be an effective chairman” regardless of the results of the investigations into the death of the regional chairman.

The General Secretary Kwabena Agyepong too will have to follow him out, he said.

Parts of Accra to experience dumsor today
27 minutes ago