Africa On A Perpetual Misconception Of Poverty 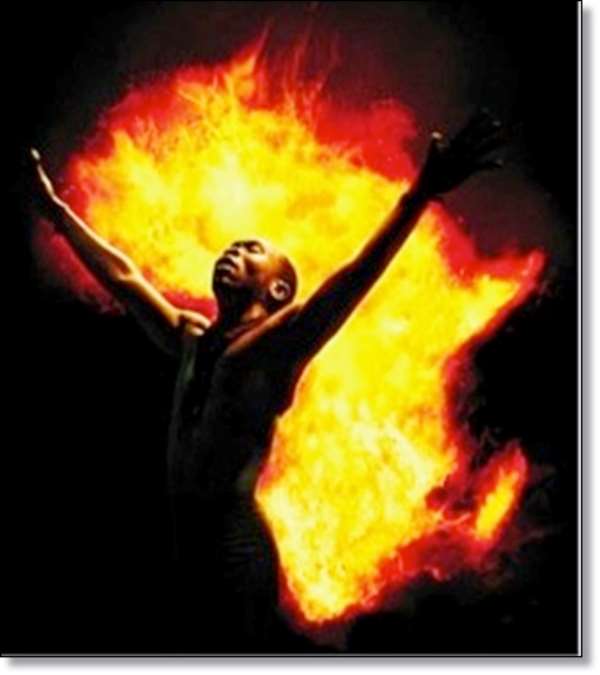 Now Africa celebrates Leonardo Dicaprio, it celebrates Angelina Jolie; Africa does not celebrate Rita Dominic or Olu Jacobs of Nigeria or Nadia Buari of Ghana. It does not celebrate Bongo wood or Riverwood or Ghallywood or kumawood it celebrates Hollywood. They will be confronted with African women whose greatest source of joy is cheap grade B Mexican soap opera, its La-Patrona and Passion Morena.

Why must we constantly remind ourselves of these realities, because throughout the ages the battle has always been the battle of the mind, and if your mind is conquered then you are going nowhere, and that is why in the ages of enlightenment in Europe the great Rene Descartes said ‘Cogito ergo sum’ which means I think therefore I am, and therefore if Africans are to begin to make a contribution in their affairs then Africans must begin to think. But the question is, are we thinking?

We have universities in their numbers, Ghana has universities including Legon, UDS, Knust, Nairobi has university us indeed South Africa as indeed Tanzania, we have all these universities, we have engineers, but our roads are not been made by Ghanaian civil engineers, it is a Chinese who are present in this country who are making our roads. So we have engineer who cannot even make roads. We have doctors whom we have trained, but when we are sick particularly if you are of the political class depending on who colonized you.

In the area of our education we also don't have faith; our political class introduced something that they call free education, but its free indeed free of knowledge, because they are so suspicious of those institutions that the typical African politician would not dare take their children to those schools. Their children will be educated in the British system in the American system, so that when they graduate they go to the United Kingdom the United States of America, not that there is anything wrong with those institutions but their agenda is wrong, because our leaders long lost the script and ought to be described for who they are ‘Our Misleaders’.

Notwithstanding we are coauthors of our own misfortune, and I like to borrow the words of Prof Lumumba who said ‘whenever we are given an opportunity to elect our leaders we are given a blank cheque, and if you permit me a little altitude and if you give me a blank cheque and you allow me to analogize and you say that I am given a blank cheque to buy a Mercedes's Benz, what we do is that when are called upon having been so empowered, we buy what one calls the tuk tuk from India and expect it to behave like a Mercedes Benz. How does that happen because what we do is to elect thieves, we elect hyenas to take care of goats and when the goats are consumed we wonder why?

I am of the conviction that the solution to the dehumanizing conditions of extreme poverty in Africa does not lie in the hands of the IMF, World Bank and other International bodies, but our development lies in our very own hands. When I see a continent like Africa blessed with an overabundance of natural resources, endowed with gold, timber, bauxite ,oil among others and yet considered a 3rd world Continent it simply amazes me. And so I ask myself if there were a 4th or 5th or perhaps a 6th world would Africa belong to them? Are we cursed by our natural resources? Why are we the most blessed and endowed continent on earth in terms of resources and yet the poorest? I believe the answer can be found in the book of proverbs 23:7 For as he thinketh in his heart so is he… we have no confidence in anything African, our leaders loot our money and save them in Swiss Banks and other foreign countries, the last time I checked the parliament of the Republic of Ghana imported all its chairs from China, is it because we have no furniture company in Ghana that can make chairs? Our very own Kantanka manufactures very durable luxury vehicles but our government officials prefer to import their cars from Europe, this is the tragedy of Africa.

We live in a country where our young ladies who have recently attained the age of puberty cannot afford sanitary pads, but our men and women in public offices have ipads which they do not even know how to use.

I believe that we have reached a stage in life in the economic development of Africa where moving forward is perilous, moving backwards is cowardice and standing still is suicidal but we must persevere because winners do not quit and quitter never win.