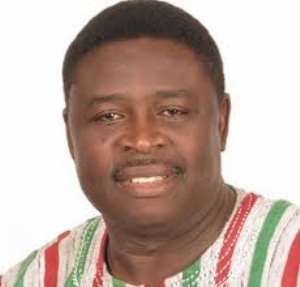 He emphasised that the 30-year national development plan enshrined in the 1992 constitution, would not only stimulate rapid economic growth and stability, but assist and enhance job creation and poverty alleviation.

Speaking to the Ghana News Agency (GNA) in an interview in Sunyani, Dr Sakara explained that Ghana's foundation was anchored on self-determination, social justice and pan-Africanism.

He said a long term development plan, which is supported and enshrined in the 1992 constitution, that one government, after another would be follow, would avoid the 'wastage that comes about from changing direction every four or eight years'.

According to Dr Sakara, consistency in national governance was very essential in pushing forward rapid socio-economic growth, stability and development.

'As a developing country, we cannot exist on a medium term expenditure framework that are crafted purely for the purpose of making the economy attractive in securing loans, that cannot take us far, unless it is in the context of a long term development plan', he said.

Dr Sakara said commitment to a 30 year long term development plan in five segments of six years each would ensure efficiency in administration.

He said it was important for the country to begin applying seriously, the basic and fundamental principles and procedures that had made developed countries to succeed socio-economically, to bridge the gap between the rich and the poor.