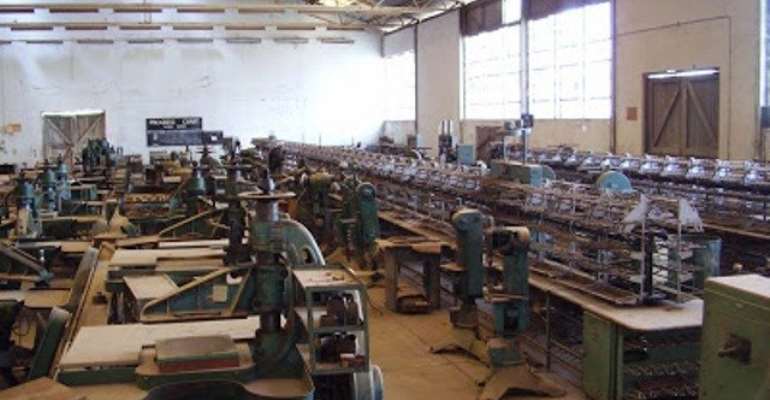 Kumasi, May 18, GNA - The GIHOC Footwear Division Limited, formerly Kumasi Shoe Factory, is to take delivery of additional machines to significantly expand the capacity of its production lines.

The machines would arrive in the country from the Czech Republic within the next two weeks, Mr. Eric Acheampong, the General Manager, has announced.

The factory currently has the capacity to manufacture 750 pair of shoes daily but this is expected to increase to about 1,000 after the installation of the new machines.

He told the Ghana News Agency (GNA) that they were producing shoes and boots for some educational institutions and organizations including the Bekwai SDA Senior High school (SHS), Saint John's Grammar, Somanya SHS, Ghana Immigration Service, Electricity Company of Ghana and the Game and Wildlife Division of the Forestry Commission.

The quality of their products, he insisted, could match that of any produced everywhere, and withstand all weather conditions, adding that, they would go to every length to maintain standards.

He said they import the sole of the shoes from Argentina and India, and that, plans are underway to establish a cattle ranch for the purpose of getting the raw material (animal skin) for the upper part of the shoe locally.

Mr Acheampong called for increased patronage of their products by the security services to sustain and grow the factory.

The Kumasi shoe factory was revived in 2011 after decades of inactivity and began full operation in 2012.

It is now a limited liability company owned jointly by the Ghana Armed Forces and Knight Ghana Limited.