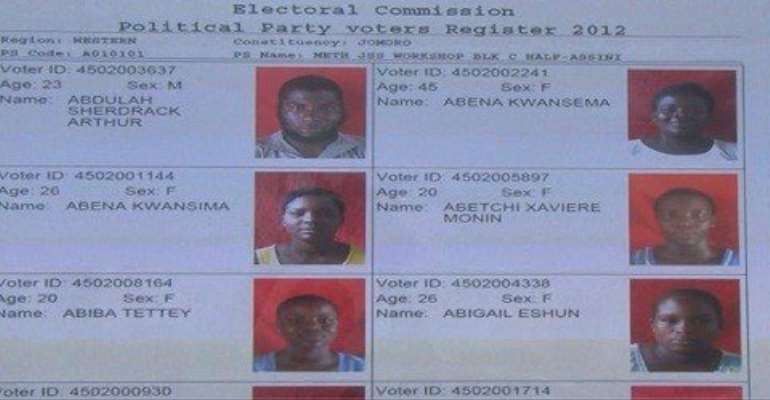 The Electoral Commission has suspended its voter registration exercise after four political parties kicked against the exercise lamenting they were not consulted.

In a press statement released Tuesday, the E.C said it was putting the exercise on hold to allow “a thorough discussion of the matter with IPAC” (Inter-Party Advisory Committee).

The continuous registration exercise which began last week, was to allow teenagers who just attained the age of 18 years to register ahead of general elections in December 2016.

Those who have misplaced their cards could also obtain a replacement.

They protested against the venue which is the District offices of the EC and argued the registration should be done in Electoral areas.

They are mainly peeved by the manner in which the exercise has been handled, insisting it has taken them by surprise.