By Federal Ministry of Finance, Nigeria 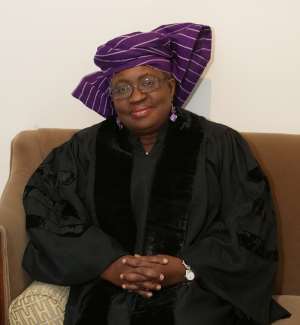 NEW HAVEN, USA, May 19, 2015/African Press Organization (APO)/ -- Minister of Finance and Coordinating Minister for the Economy Dr. Ngozi Okonjo-Iweala (http://www.fmf.gov.ng) has received an honorary Doctorate degree from Yale University (http://www.yale.edu), one of the United State of America's most prestigious institutions of higher learning.

The Minister was awarded a Doctor of Humane Letters at Yale's 2015 Commencement Ceremony in New Haven, Connecticut Monday.

She will be only the second Nigerian in the university's 314-year history to receive its highest honour after Nobel Laureate Wole Soyinka who received an honorary Doctor of Letters in 1980.

Giving out the award, the President of the University Professor Peter Salovey described Okonjo-Iweala as “a brilliant reformer and dedicated public servant.”

He went on to state that the Minister “has spearheaded efforts to stabilize and grow Nigeria's economy, battling widespread government corruption and creating greater fiscal transparency and discipline.”

According to the institution “those who have received honorary degree are scholars, public servants, Nobel Prize winners and heads of states.

“Collectively, they represent the aspirations of this institution. Yale honorary degree recipients serve as models of excellence and service to our students, to our graduates, to our community and to the world,” the institution says.

As Finance Minister in 2004, Okonjo-Iweala and the economic team that she led helped Nigeria obtain debt relief, wiping out $30 billion of Paris club debt, leading to a tripling of the growth rates.

The second time around as Finance Minister in 2011, Okonjo-Iweala has focused on building solid foundations and institutions critical for the survival and sustenance of the economy. She bravely fought corruption in governance with fierce dedication and unflagging energy.

Okonjo-Iweala was honored alongside the Chair of the Board of Governors of US Federal Reserve System Janet Yellen, world renowned Beninoise Singer and songwriter Angelique Kidjo, University Professor and founding member of the Institute for Comparative Literature and Society at Columbia University Gayatari Chakravorty Spivak, Professor and Director of the Starr Center for Human Genetics at Rockefeller University Jeffrey Michael Friedman, Inventors and Entrepreneurs Elon Musk and Dean Kamen, etc.

Yale had in the past honored a handful of other Africans such as Liberian President Ellen Johnson Sirleaf and Archbishop Desmond Tutu.

Distributed by APO (African Press Organization) on behalf of the Federal Ministry of Finance, Nigeria.

Issued by:
Constance Ikokwu
Media Adviser to the Minister of Finance, Nigeria 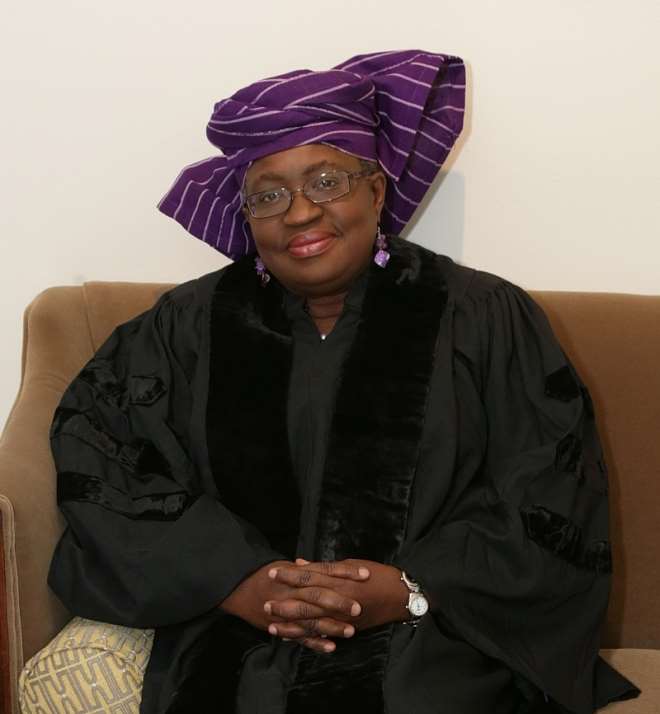 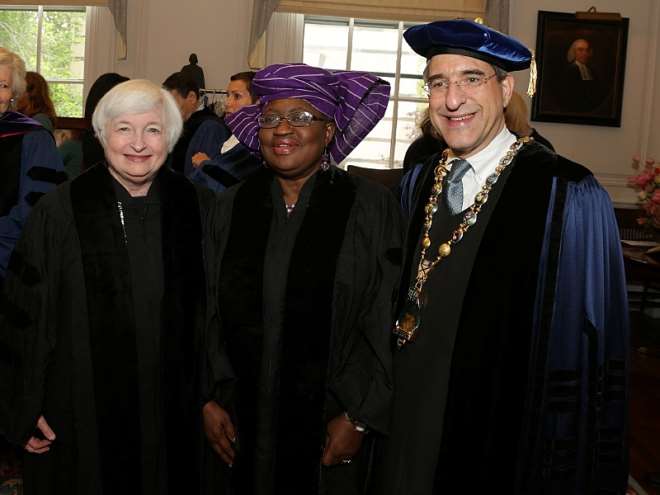 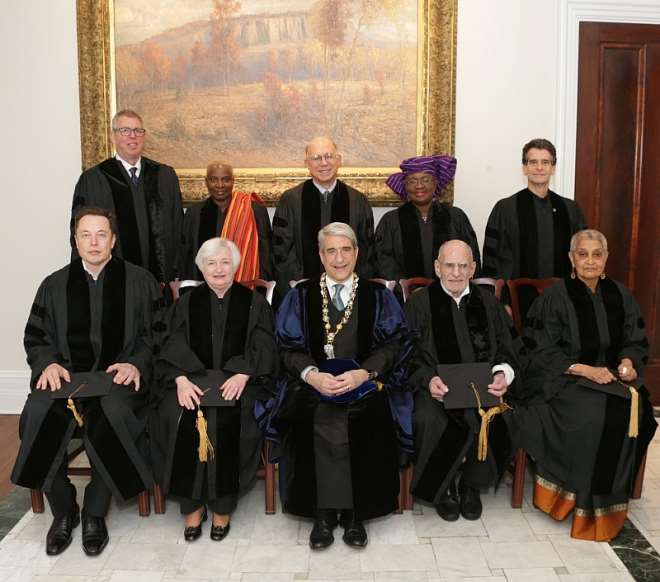