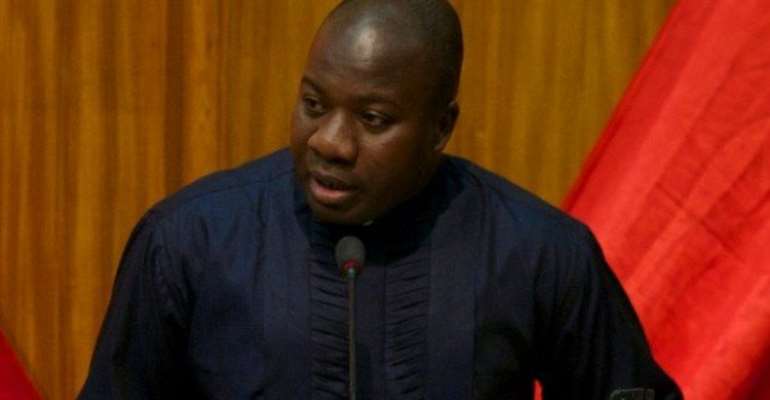 The Minister expressed dismay at the inability of the Assembly to intensify the collection of the property rates meant to be used by the local government authority to address infrastructure challenges including the construction of sewerage treatment plant in the cities.

Mr Ayariga said it behooves home owners to pay realistic property rates to help in addressing environmental issues such as sewage system in the country since the health of all is critical to national development.

He said this in Accra after a working visit to the Lavender Hill, a dumping site for untreated human waste at the Korle-Gonno beach and the Accra Waste Treatment Mudor Plant at Korle-Gonno to acquaint himself with its rehabilitation works.

The Minister's entourage for the working visit included officials from the Environmental Protection Agency, the AMA and media practitioners.

Mr Ayariga said there is the need to intensify the collection of property rates to make the right investment in infrastructural development.

'Some owners of homes I spoke with were at a loss at the current rates since the rent is ridiculous to pay, adding that, it is unrealistic to ask a property in the Airport Residential Area and East Legon worth one million dollars to pay a property rate of GHâ‚¡50.00,' he added.

He said the Ministry and all stakeholders involved would have discussions to chart the way forward in expediting the process of getting the plant running effectively.

The Environmental Protection Agency (EPA) had filed a contempt suit against the AMA for its failure to stop dumping untreated human waste at the Korle Gonno Beach despite an order from the High Court to desist from the practice in 2014.

Mr Daniel Amlalo, the EPA Executive Director, explained that, the decision to close Lavender Hill started between 2010 -2012 when the EPA agreed with the AMA to develop a road map towards the eventual decommissioning and permanent closure of the dumping site.

He said an enforcement notice was subsequently issued to the AMA on August 7, 2013, directing the Assembly to immediately close the untreated Sewage Holding Facility at Korle-Gonno in Accra.

Mr Amalo said the EPA visited the site in August and September 2013 in pursuance of the court directive to monitor activities and found out that the Assembly had not complied with the directives hence the court action.

The AMA was later given an extension of about eight months to close down the facility at Lavender Hill, but the AMA was still dumping waste at the site.

During the visit to the site, the Ghana News Agency observed that dumping of the untreated human waste at the Korle Gonno Beach is still persistent.

Mr Richard Ansah, the Special Assistant to Mr Alfred Vanderpuye, the Mayor of Accra, reacting to the issues, said the court ordered the Assembly to come out with a decommissioning plan and made available to the EPA which they did and was analyzed and accepted by the EPA.

He said their outfits are working relentlessly to ensure that the rehabilitation of the plant is completed before the end of 2015 so that the dumping of the untreated waste into the sea would cease.

Mr Ansah said the plant which was built in the year 2000, was operational for some years until the plant developed a fault and was shut down.

He said as a result, President John Dramani Mahama tasked the AMA to source for funding to rehabilitate the plant, adding that, the project currently is about 75 per cent rehabilitated and was optimistic to complete it by the end of 2015.

Mr Stephen Ackon, the Project Manager, Accra Sewerage Improvement Project, said the project is funded by the African Development Bank with 69 million dollars, and being constructed by the China Henan International Co-operation Group Limited, and that, the rehabilitating of old sewerage facilities in some parts of Accra would be also be tackled.

He said as part of the project, concrete pipes would be replaced with plastic pipes, while old septic tanks would be repaired.