US to disburse $500m of MCC funds in December 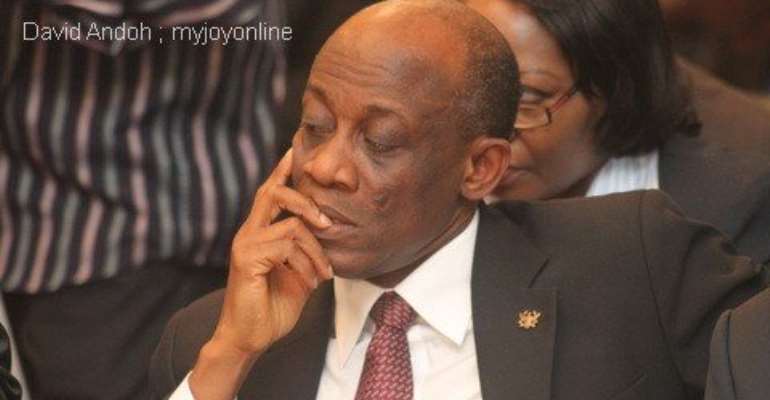 Ghana is now expected to start receiving the almost $500 million of the Millennium Challenge Compact funds from December.

This is the new date the United States (US) government proposed after Ghana failed to meet the necessary conditions for releasing the funds; the earlier May date has been missed.

However the country is still expected to meet certain conditions like improving upon regulations of the power sector and restructuring the operations of the Electricity Company of Ghana (ECG) before the funds are disbursed from December.

Vice President at the Millennium Challenge Corporation, Kamran Khan tells Joy Business it necessary that these conditions are instituted to ensure the effective use of the funds.

He said the right things must be done before the money is released and that “we’d rather have those things done right than to just check off and say they are done and then start moving”.

He pointed out that although many of the things had been done, if by December government is unable to fulfill its part of the deal, “we will wait, we will do it when they are done right because that’s what people of Ghana want”.

Meanwhile the MCC is insisting that that ECG will not be privatised as part of conditions for disbursing the funds.

The Vice President, Kamran Khan however explains what government has decided on a concession and is “absolutely different from privitisation”.

According to him, the concession is a contract government will have with the private company to make an investment in the operations of ECG.

This contract will take into account the interest and concerns of all facets of society which will moderate operational standards of any company that invests in ECG.

At the end of the contract the private company will be required to return all assets to the ECG.

The country last year signed an agreement with the US government to release some 498 million dollars to help transform Ghana’s power sector. The MCC funds will be disbursed over a five-year period.

The five-year compact, the largest U.S. Government transaction under Power Africa, is expected to catalyze billions of dollars in private energy investment.

The five-year Ghana Power Compact seeks to create a financially viable power sector that will meet the current and future needs of households and businesses—and ultimately help fight poverty across the country.

The compact will play a critical role in Power Africa, the U.S. Government’s initiative to double access to power on the African continent.

The Ghana Power Compact is the largest U.S. Government transaction to date under Power Africa and will serve as an anchor for increased American engagement in Ghana.

At the heart of the compact is a strong commitment from the Government of Ghana to implement reforms needed to transform its power sector and put it on a path to profitability and sustainability, ultimately creating a climate that will attract private investment.

The government has also pledged to invest at least $37.4 million of its own money, and the compact is expected to catalyze at least $4.6 billion in private energy investment and activity from American firms in the coming years.

MCC will make an initial investment of up to $308.2 million, including funding to put the Electricity Company of Ghana, the country’s main distribution company, on a sustainable path, help the utility meet current electricity needs and upgrade infrastructure to reduce outages and improve service.

A second tranche of up to $190 million in funds will be made available if Ghana accomplishes a set of reform targets set forth in the Compact.