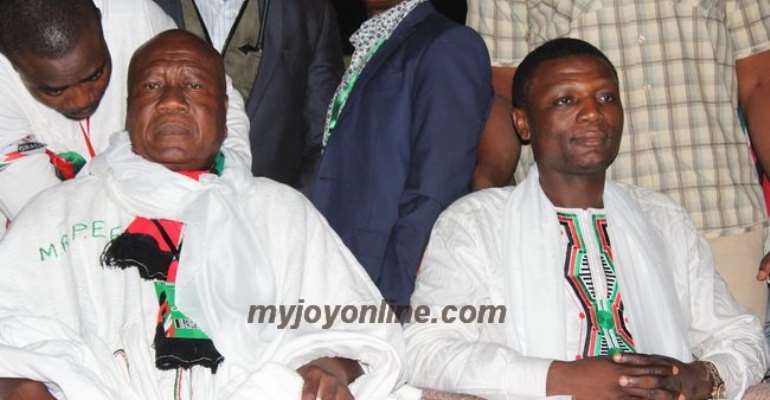 A member of the New Patriotic Party is challenging the establishment of a Business Development Committee soon to be inaugurated by the governing National Democratic Congress.

Richard Nyama who also heads the Progressive Nationalist Forum said the committee is illegal and a potential security threat to the nation.

His comment is in reaction to an announcement by the NDC party chairman, Kofi Portuphy, about the formation of a new Business Development Commitment whose mandate, partly, will be to create jobs for jobless members of the NDC.

The committee to be chaired by Trade Minister Ekwow Spio Garbrah will be tasked to look for job opportunities and to create jobs for members of the party.

He said these jobs will be created both in the private and public sectors of the economy.

"Our people are crying for jobs and we have seen some who have initiatives," he said adding the committee members will harness these initiatives and create lasting jobs for the NDC members.

National Organiser of the NDC Kofi Adams has welcomed the new committee.

He told Joy New as a political party, the NDC has a responsibility to provide jobs for its members who are jobless.

Adams rubbished any potential conflict of interest situation that may arise if Spio Garbrah goes ahead to chair the committee.

He said the trade Minister is first, a member of the party and his expertise must be made available to the party.

Even though the minister has sworn an oath to serve the country, Adams said he is also obliged to bring his expertise of job creation to bear on the party.

"The NDC will tap into the expertise of people; we can't lose the expertise just because they have been appointed into government," he stated.

Kofi Adams said just as the NPP at a point in its tenure appointed the chair of the Council of State to chair the vetting committee of the party, the NDC also has the right to call on its members in government to offer any help.

He challenged critics to proceed to court and the NDC will meet them there.

Richard Nyama has taken on the challenge. He said in the next few weeks he would proceed to the Supreme Court to challenge the action by the governing party if it went ahead with the formation of the Business Development Committee.

Citing the 1992 Constitution and the Labour Act, Nyama said it is absolutely illegal for the NDC to want to create jobs only for NDC members when majority of Ghanaians are losing jobs as a result of government's mismanagement of the power crisis.

He argued government cannot preside over the loss of jobs to the larger populace only to contemplate creating jobs exclusively for members of the NDC.

He said as a minister or government "you shall not discriminate on the basis of gender, creed or politics," in the creation of jobs and any attempt to do so will be challenged in court.