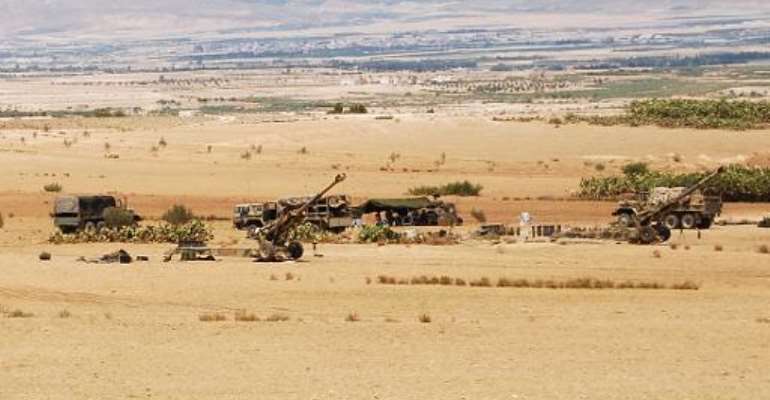 Tunisian forces are seen stationed in the Mount Chaambi area during an operation against Islamist militants near the Algerian border on August 2, 2013. By Abderrazek Khlifi (AFP/File)

Tunis (AFP) - Four jihadists were killed Thursday in clashes with the Tunisian army in a mountainous region near the border with Algeria, the defence ministry said.

A statement said troops clashed with jihadists at dawn on Mount Sammama near Mount Chaambi, where the army has been battling militants since 2012.

Citing what it said was an initial toll it reported "four terrorists killed and others wounded", adding that there were no military casualties.

The defence ministry said soldiers had seized electronic supplies and destroyed a vehicle during the operation.

Tunisia has seen a surge in radical Islam since veteran president Zine El Abidine Ben Ali was ousted in the 2011 revolution.

Dozens of security forces have been killed since then in jihadist attacks.

Akufo-Addo, Ken Take Ghana Back To HIPC – Mahama
27 minutes ago