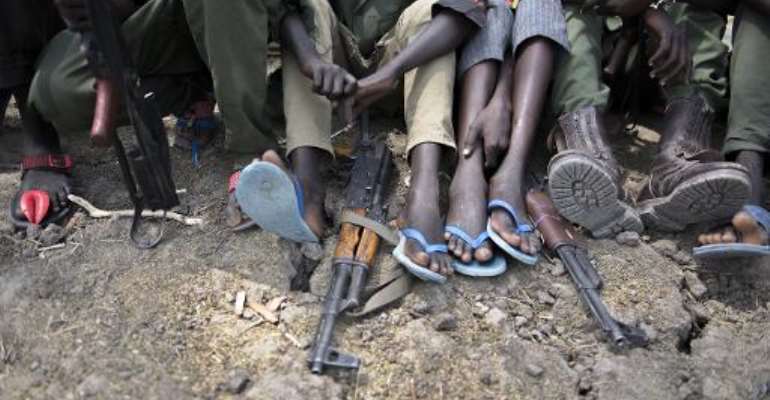 The UN estimates that between 6,000 and 10,000 children are held by armed factions in the Central African Republic long riven by coups, army mutinies and insurgency. By Charles Lomodong (AFP/File)

"After two years of heavy fighting, the release of children by these groups ... is a real step towards peace," said UNICEF's representative in Bangui, Mohamed Malick Fall.

"This was the start of a process that we hope will result in the release of thousands of children associated with armed groups in the Central African Republic," said Fall.

"Each of them will require extensive support and protection so that they can rebuild their lives and resume their childhood," he added.

The UN agency estimates that between 6,000 and 10,000 children are held by armed factions in the impoverished country long riven by coups, army mutinies and insurgency.

But some of the Seleka rebels went rogue, and embarked on a killing, raping and looting spree.

U/E: I'll Restore Jobs Of Collapsed Banks’ Staff Who Were La...
16 minutes ago