I killed the Americans - suspect confesses 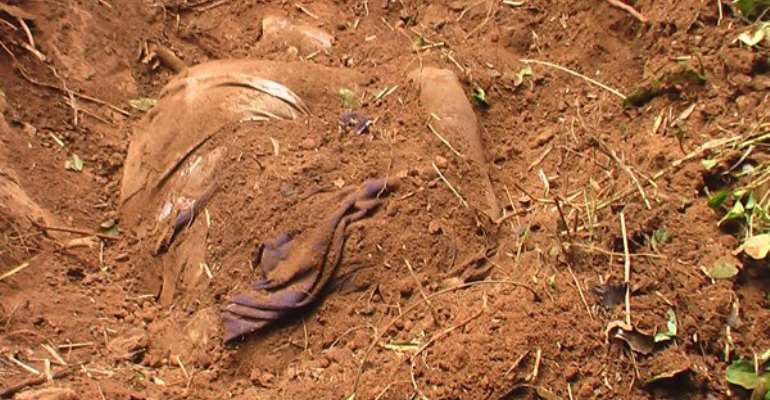 A suspect in the ongoing trial of the murder of two African Americans at Akwamufie in the Eastern Region has confessed to committing the crime.

Anokye Frimpong, who is among five others standing trial in Accra, Wednesday confessed to the police of killing and burying the two sisters, Joy News has gathered.

Mamlena, 75, and 69-year-old Nzinga were kidnapped, murdered and buried in a shallow grave.

Their bodies were exhumed after Acting President of the Akwamu Traditional Council dispatched over 70 people to complement a police search for the two when it became apparent they had gone missing.

It is not clear yet the motive for the killings even though six arrested suspects, including two African Americans, appeared before court, Tuesday.

Anokye Yaw Frimgpong, a driver and a caretaker in one of the apartments the crime was committed, was charged with murder.

Joy News’ Latif Iddrisu who has been following the story, reports Thursday that Anokye Frimpong after confessing, demonstrated to the police how he murdered the two

Akufo-Addo, Ken Take Ghana Back To HIPC – Mahama
14 minutes ago