Ghana Ranks Last In Academics...Unimaginable Shame Has Come To Ghana 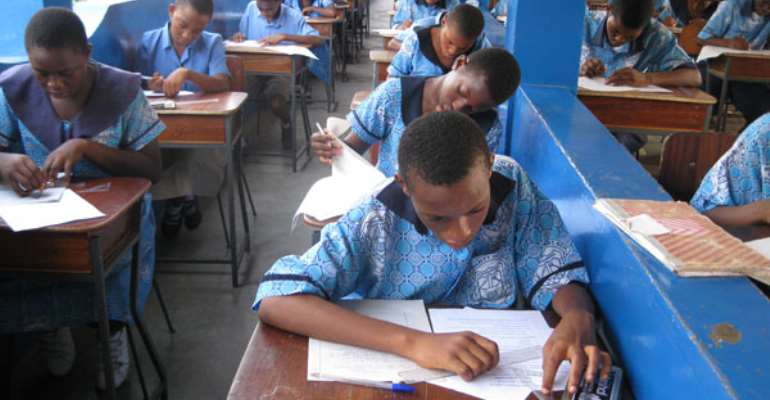 In a ranking of 76 countries based on test scores in Mathematics and Science, administered by the Organization for Economic Co-operation and Development (OECD), Ghana was dead last!!! Singapore was first.

Remember Singapore? We started at the same place with them in terms of development independence and today, they are first while we are last. This ranking matters particularly because the state of a country’s education predicts the level of economic performance and poverty in the future. According to the OECD Educational Director, Andreas Schleicher, “This is the first time we have a truly global scale of the quality of education”. The report, to be released soon, argues that education is a” powerful predictor of the wealth that countries will produce in the long ran”. Elsewhere in the report, it warns that “Poor education policies leave many countries in what amounts to a permanent state of economic recession”. The report will be presented in a conference to raise Global Standards by 2030.

The implication of this report is that we have not only ruined our present circumstances, we have doomed our children to mediocrity and poverty. As the children of other nations argue about technology, ours will fight over control of toilets so that they can charge pennies. While other nation’s youth argue about ideas, our children will join political parties, get on radio and argue about who can insult the most. They will develop careers, not as men and women of ideas, but as INSULTERS! I weep for our children. No wonder our youth and that of other African nations are risking injury and death trying to migrate to greener pastures.

This has been coming for a long time:

There is more but you get the picture.
We have a crisis in our educational system at all levels!!

First, Let the President convene a National Conference on education to address this crisis.

Second, when he is done, let Parliament take up the conclusions, hold serious, reflective non-partisan hearings, and design solutions to what ails our educational system.

Third, let our Universities help to lift our flailing JSS schools. Let us set up a volunteer system that will send thousands of University students into our JSS schools every year to spread hope and impart knowledge in exchange for stipends as we see our scores shoot upwards.

Fourth, let the media become centres of learning by tolerating excellence, good diction and good manners on the air, as an example to our children.

Finally, let the NGO’s who spend so much time on politics, take up the cause of our children whose future we are destroying with our indifference.

Let Ghana be a beacon once again, in education.
Arthur Kobina Kennedy