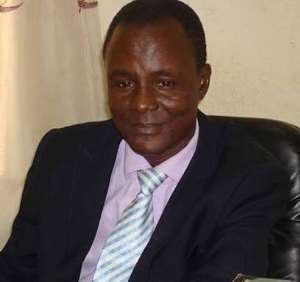 Recently, the Chairman of the All Progressive Congress (APC), Mr. John Oyegun, was quoted as saying that he was “sad” that his party could not produce a lawmaker from the South East to be elected as senate president or speaker of the House of Representatives when the new national assembly would be inaugurated in June. This was because during the last elections, the APC performed so poorly in the South East that it was unable to win a single seat in the two houses of the national assembly in the region.

Ordinarily, this should have been an exclusive problem of the APC, but given the way Mr. Oyegun spoke, someone might be deluded into thinking that some really monumental tragedy had hit the South East – for which the people of the area should be in deep mourning by now.

Since the presidential election which the Chairman of the Independent National Electoral Commission (INEC), Prof Attahiru Jega, told us was won by the APC’s General Muhammadu Buhari, one has lost count of articles ecstatically celebrating how the “wrong voting” of majority of South Easterners has now put the zone to a “great disadvantage.”

Some solutions have also been “kindly” proffered by quite a number of people to “help” the South East out of its predicament, like the very absurd suggestion that a senator-elect from Enugu State should decamp to the APC so he could become the senate president; or even the much more off-putting call on a female Senator-elect from Anambra State to step down for the APC candidate she defeated, since the man is a “very good material” for the senate presidency. One could go on and on, but what is of concern here is that Mr. Oyegun’s assertion would seem to have somewhat elevated these clearly pedestrian views and clothed them with the false robe of serious discourse.

Now, apart from providing another juicy job for another member of the largely parasitic and incompetent political class, what exactly will the South East gain if somebody from the zone becomes the senate president? Or, put another way, the zone has produced senate presidents before now, and apart from the delusive emotional satiation some fellows from their villages might have felt when they heard that their “brother” had “crossed over” to join other fat cats as a distinguished member of Nigeria’s Eating Class, what exactly (in practical terms) did their communities or even states gain from their occupation of that position? I sincerely wish to know how a South Easterner becoming the senate president would affect the price of fish at Afor Umuaka or Eke-Ututu market, even in this era of “change.”

Okay, after the 2011 elections, the position of the speaker of the House of Representatives was zoned by the ruling Peoples Democratic Party (PDP) to the South West. But the lawmakers from the defunct Action Congress of Nigeria (ACN) – the dominant party in the same South West at that time, led by Bola Tinubu, reportedly, conspired with some PDP “rebels” in the House and some power-must-remain-with-us elements from the North to ensure that Aminu Tambuwal from Sokoto State became speaker. Now, did the South West cease to exist because it neither produced a House speaker nor senate president? And where were these pundits who are now afflicting Nigerians with fantastic (some would say, infantile) analyses on the “misfortune” just suffered by the South East? Why did we not hear some “sad” mourners or impulsive “analysts” composing boring dirges in 2011 about the “great misfortune” that visited the South West, how some fellows from there scored a “disastrous” goal against their own people by conspiring to give away such a “juicy” position offered to their zone on a platter of gold?

The attempt to always profile South Easterners and brand any action undertaken by them is increasingly lacking in imagination, but the real tragedy is that those who have made it a cherished occupation are yet to realize it. Our “experts” found it very easy, even natural, to agree with indecent haste that the South East was driven by nationalistic fervor to vote massively for the PDP from 1999 to 2011 because such a position gratified their narrow, self-serving calculations at that period. But in 2015, the decision of many South Easterners to vote for the same PDP has suddenly become “tribalistic” (because of who stood to lose or benefit from it this time) and everyone that can string a few sentences together is out there at every village square spewing all sorts of babble on the matter!

But the South West and the North (including the toddlers whose pictures went viral) that voted en mass for the APC and even the Northern PDP governors who sank their political ships by their clannish, double-faced politics were all driven by “nationalistic” spirit. For instance, the defunct “NewPDP” owes its emergence to Babangida Aliyu, the PDP Governor of Niger State, whose bitter agitation for a PDP presidential candidate of Northern extraction for the 2015 elections moved his colleagues from the North (and one governor from the South South who must have been promised that he would benefit from the “nationalistic” mutiny) to file behind him. Soon we began to hear about the G-7 governors who later named themselves the “NewPDP” whose sole agenda was to produce, not a more efficient president, but just a president from the North. Their eventual merger with other like-minds gave birth to what became the APC.

Although Governors Aliyu, Sule Lamido and some others chose to stay back in the PDP, it is obvious that they never purged themselves of their original agitation and agenda. They probably chose to operate from within. That is why despite their enormous incumbency powers and influence, Governors Aliyu and Isa Yuguda of Bauchi lost their senatorial bids to lesser-known candidates and even the “very popular” Gov Sule Lamido could not get his anointed PDP governorship candidate elected in Jigawa State because, even very close to the elections, he was reportedly still reluctant to campaign for the presidential candidate of his own party even as he could be heard occasionally speaking glowingly about the APC presidential candidate – his brother. Of course, these untidy political activities by these PDP stalwarts may have succeeded in confusing the electorate which went on to vote for “change” in all the elections (which to many of them, might to just mean, voting for “our own person” not matter his vision and competence).

Of course, our brilliant analysts would not dare to describe these people as “tribalistic.” As if “nationalism” is one long, winding road which if you continue to follow tenaciously will lead you to Daura while “tribalism” is a wide expressway that speedily takes one to Onitsha Bridge! I think we should be sick and tired of contaminating national discourse with this kind of self-deceiving claptrap.

Well, although, Buhari has suddenly realized (after reeling out tantalizing promises during the campaigns) that he is not “magician” or “miracle worker” and is now asking us to tone down our expectations, the APC should not lose sight of the high hopes it unduly (some would say, recklessly) raised among Nigerians just to grab their votes. As the report of Buhari’s appeal for patience from Nigerians (since he now believes that the promised “change” may not come as quickly as he made Nigerians believe it would) appeared in the Vanguard of Wednesday, May 6, 2015, the questions on the lips of several Nigerians are: did he not do his research very well, and counted the cost, before he began to reel off those clearly unrealistic promises to Nigerians during the campaigns? And how does his coming out to sing a different tune after he has won the elections make him to look before Nigeria?

That is why I think that instead of going about looking for some clearly inconsequential matters to feel “sad” about, the APC leaders should hasten to rouse themselves to the yawning reality that the campaigns are over and all eyes are now on them to demonstrate that they are capable of providing the quality leadership they so loudly promised Nigerians.

What exactly does their promised “change” mean in practical terms? How soon will the naira acquire the same value as the US dollar? When are we expecting to witness uninterrupted electricity supply, the one free meal a day for school pupils or the payment of allowances to discharged but unemployed NYSC members? The list is endless.

The APC must hasten to realize that very soon, they would no longer have a President Jonathan to blame for everything that goes wrong in Nigeria or their inability to deliver on the grand promises they rolled out during the campaigns. They would be the ones on the hot seat receiving all the flaks, and not even a friendly, collaborative media can deflect the impatience of a disappointed populace. They had better face the real issues staring them in the face instead of chasing butterflies.

*Ugochukwu Ejinkeonye is a columnist with Nigeria's Daily Independent newspaper. His column appears every Tuesday on the back page of the paper — [email protected]; ugowrite.blogspot.com