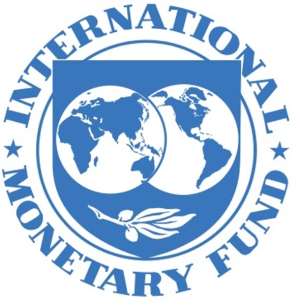 MAPUTO, Mozambique, May 12, 2015/African Press Organization (APO)/ -- A staff team from the International Monetary Fund, led by Alex Segura-Ubiergo, visited Mozambique during April 27-May 8, 2015 to hold discussions towards the completion of the fourth review under the three-year Policy Support Instrument (PSI)1 approved in June 2013 (see Public Information Notice (PIN) 13/75). The team met with Economy and Finance Minister Adriano Maleiane, Bank of Mozambique Governor Ernesto Gove, and other senior government officials, the private sector, civil society, and development partners. The team will now prepare a staff report that, upon management approval, is scheduled for discussion by the Executive Board in July 2015.

At the conclusion of the visit, Mr. Segura-Ubiergo issued the following statement:

“Mozambique's economic performance remains robust and stronger than most other Sub- Saharan African countries. Growth is expected to reach 7 percent in 2015, though there are downside risks to this outlook due to declining commodity prices and the need for fiscal consolidation. Over the medium-term, Mozambique is expected to remain one of the most dynamic economies in the continent, with rates of growth that could average 8 percent over the 2016-19 period.

“Mozambique's plans to develop its oil and gas sector in the Rovuma basin will represent one of the largest investments ever seen in Africa (up to $100bn) and could transform the country into the third largest liquefied natural gas (LNG) exporter in the world. The mission was encouraged by positive developments in the last few months, including the approval of new legislation that could help bring the projects to a final investment decision in 2015. While these projects will provide large fiscal revenues in about a decade, focus on other economic sectors is also essential to make growth more inclusive and create employment opportunities. The government's new economic and social plan focuses on key priorities that could support this objective, but there is a need to build capacity to transform ambitious strategic documents into effective programs.

“End-period inflation remained low in 2014 (1.1 percent), thanks to unchanged administered prices, a rebound in agricultural production and the relative strength of the Metical during most of the year. End-year inflation is expected to accelerate to 5.5 percent in 2015, in line with the government's medium term objective of 5-6 percent.

“After a large fiscal expansion in 2014, which saw the overall fiscal deficit soar to over 10 percent of GDP, the 2015 budget brings back public finances to a sustainable path, with an implied fiscal adjustment of over 3 percent of GDP that will help stabilize public debt over the medium-term. The mission was encouraged by the authorities' commitment to rigorous budget execution and urged the authorities to carefully prioritize spending to ensure that critical social programs are protected. Prudent borrowing for projects that bring value-for-money is essential, as fiscal space for new debt is increasingly limited.

“The mission expressed concerns about the decline in international reserves, with a large shortfall vis-à-vis program targets, but noted that exchange rate pressures seem to be abating. While international reserves are still at relatively adequate levels, covering about 4 months of non-megaproject imports, there is a need to adjust policies to rebuild buffers – a task the Bank of Mozambique has already initiated.

“Going forward, stronger liquidity management and coordination between fiscal and monetary policies will be needed to meet program targets. With real interest rates still high due to structural rigidities, it is important that the law to establish private credit registries is considered by Parliament without further delays. While financial soundness indicators remain healthy, the current pace of credit growth could be a source of risk that needs to be monitored carefully.

“The authorities are making progress on structural reform implementation, and are to be commended for becoming the first country in Sub-Saharan Africa to request and publish a Fiscal Transparency Evaluation (FTE) from the IMF. They are also beginning to improve collection, disclosure and management of fiscal risks, including from EMATUM, and to take steps to improve public investment management and modernize tax administration.

1 The PSI is an instrument of the IMF designed for countries that do not need balance of payments financial support. The PSI helps countries design effective economic programs that, once approved by the IMF's Executive Board, signal to donors, multilateral development banks, and markets the Fund's endorsement of a member's policies (see http://www.imf.org/external/np/exr/facts/psi.htm).

Ex-I.Coast president Gbagbo warns of 'disaster' in upcoming ...
7 minutes ago