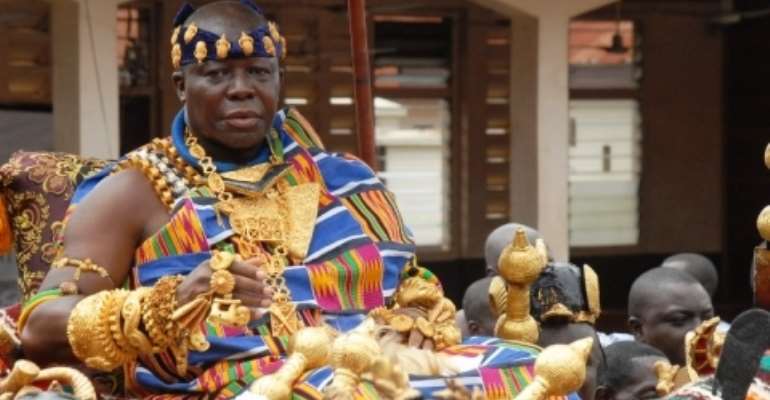 As a self-styled reporter, researcher and an avowed defender of the vulnerable in society, especially those in Kumawuman, I am going to update the reading public on the Kumawu chieftaincy wrangling.

Sometime ago, in the course of the ongoing Kumawu stool dispute, readers will bear me out that it was reported Kumawu Nifahene, Nana Balfour who doubles as Kumawu-Bodomasehene had been arraigned accused of contempt of court.

There was the pendency of an injunction against the swearing-in of Dr Yaw Sarfo, Kumawuhemaa’s nominated candidate as Kumawuhene until the inventorying of the properties of Kumawu palace with determination of other related issues by the court. Nana Balfour was alleged to have been served a notice of the pendency of the injunction which he indeed signed for it.

However, he was compelled by Asantehene and his own acts of greediness to sit in state to swear Dr Yaw Sarfo in as Kumawuhene, contrary to the stipulations of the injunction. Subsequently, the plaintiffs in the case, the Ananangyas and the Odumases filed a case in court, accusing him of committing an act of contempt. He was again served a breach of contempt paper. He again signed for it.

Three High Court judges sat on the case. The first one kept postponing the hearing of the case. This I think is against the standard norm of dealing with contempt cases. Once the proofs are there confirming the committal of an act of contempt of court, the determination must be as quick as the stroke of lightning, with the contemnor being fined or imprisoned for a defined duration.

A second judge came to preside over the case after the first one has been transferred elsewhere. This second judge ordered the posting of copies of the injunction on some walls in Kumawu (Kumawu palace and the court), the walls of Kumasi High Court and in the newspapers. This move was another legal way of serving notice on Kumawuhemaa and Dr Yaw Sarfo, the alleged Omanhene of Kumawu going by the stool name Barimah Sarfo Tweneboah Koduah. This is because these two mentioned individuals had continually been playing hide and seek (peekaboo) with the court clerks go to serve them the papers. This judge was also transferred from Kumasi.

A third judge, a woman, came. When she called the case for examination and possible hearing, the file was half empty. A copy of the signed notice by Kumawu Nifahene to the effect of the pendency of injunction as placed on his file was missing. The judge then concluded, since there was no documentary evidence attesting to any act of breach of injunction, thus, committing an act of contempt of court, Nifahene was free to go.

Nifahene quickly proceeded to Bodomase in complete jubilation that he has been set free by the court. He was visited that same evening by Dr Yaw Sarfo and Kumawuhemaa. He later phoned his children resident abroad to break the good news to them. His daughter, Amma Saah in Italy started announcing to people that his dad is free in the end, having not committed any act of contempt of court as alleged.

Yes, the third judge, technically, had the right to set him free because the file was half-empty; without the incriminating document. My question is would the first judge have entertained the case for almost six months, incessantly adjourning the hearing if there were no necessary documents in the file pointing to the breach of law (committing an act of contempt of court)? Would he not have thrown the case out for lack of validity hence non acceptability long ago?

Would the second judge have given the extra directives as indicated above if the injunction, and contempt of court, by extension, did not affect Dr Yaw Sarfo and Kumawuhemaa? Would he have done that if he had not come to find all the necessary documents in the file? Would he not have thrown them away in the absence of such vital documentary evidence without bothering himself directing as he did?

Some people are of the belief that some dubious or colluding activities went on. The clerk who served the injunction notice on Nifahene had been transferred to Accra when the third judge arrived. The clerk alleges the file was complete and that he handed the entire file with all documents inside to the registrar.

Would it not have been proper for the third judge to do a bit of search, contacting the previous judges to settle his doubts about the half-empty the file? Could she not have stopped her judgment, tasked the registrar and those responsible for court files to do some search to ensure any missing or stolen documents were found and put back in the file?

Anyway, a repeat of missing or stolen documents nearly occurred with possible culmination in throwing out another court case had it not been for the swift thinking, honesty and professionalism of the judge. The judge became suspicious and ordered some four people in the court responsible for overseeing dockets and filing away of documents to search diligently, but speedily, for some vital document missing from the file without which the case was lost in advance. Details of this will be disclosed in future.

Who are those in Ghana causing the disappearance of documents from court files and for what reason?