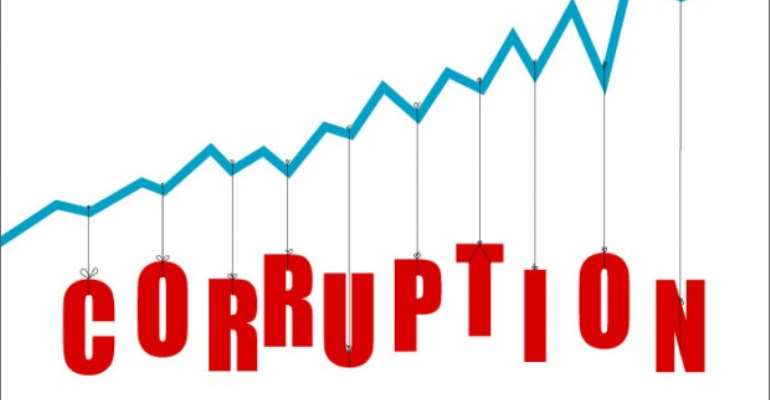 Corruption is far from being subdued. No, not yet. It is waxing stronger, having successfully opened a new front in the energy sector.

News about the deals going on in the energy sector even as we suffer the pain of power outages (dumsor) is disturbing.

It is paradoxical that government, clueless as it is as to how to address the challenge, can direct its energy to fleecing money from the many deals which come its way in the juicy industry.

From emergency arrangements to shore up the power level to the importation of barges, all are laden with money-making possibilities to individuals and the ruling party's purse – not forgetting the war chest.

Corruption can come in many forms. From the subtle to the open, all can have detrimental effects on the fortunes of the country.

Even as the haemorrhaging continues, the refrain, 'We shall fight corruption', reverberates from the president and his team.

It would be foolish to think that such deals would go unnoticed and therefore permanently out of the view of the public. That is to suggest that those working in the sector are all expatriates with no relatives in the Ghanaian society or that civil society organisations do not know what they are about.

Information leaking into the public domain points at massive financial haemorrhaging of the national oil kitty through intricately designed machinations which can hardly be seen by the ordinary eye.

The power outages and the resorting to an assortment of measures are ready means of making money corruptibly. In other words, the energy crisis we are countenancing offers opportunities for graft. The players on the new frontier are really making it with notorious impunity. For such persons with direct links to the corridors of power, an end to the ongoing power crisis would throw their project into disarray.

The situation we are referring to is close to the Tema Oil Refinery (TOR) scenario. Fix the refinery and get it on its feet and you sure will draw the curtains over the opportunities being exploited by supporters of the ruling party who import finished petroleum products into the country. Those who argue that TOR would not be helped to its feet as long as the NDC remains in power base their argument on the foregone.

We have come a long way against our ostensible war against corruption. We are disappointed that with the opening of a new frontier in the corruption debacle, our attention would be divided, offering those reaping from the spoils of the energy sector an impetus for their rip-off business.

It is time for more and more Ghanaians to scream at the rooftop against the ongoing thievery because it inures to the benefit of only a small section of the population even as majority of Ghanaians suffer the effects of a fractured economy.

We call on the relevant civil society organisations to rivet their attention on the energy sector with a view to bringing to the public notice the rot and the pillaging which have infected the government, warts and all.

Give Me Chance To Correct My Errors — Disqualified Kofi Kora...
22 minutes ago

Gov’t Will Establish Committee On Compulsory Acquisition Of ...
42 minutes ago