Only the spirit of comradeship would sustain NDC in power - Prof. Boafo 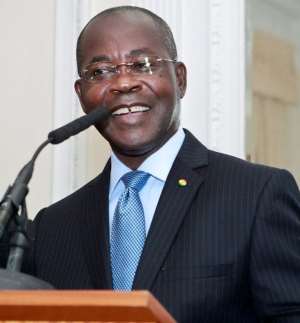 Cape Coast, 8, GNA - Supporters of the ruling National Democratic Congress (NDC) party have been challenged to instil in themselves the spirit of comradeship, in order to remain resolute and committed to the party towards winning the 2016 general elections.

Professor Kwaku Danso Boafo, an executive member of the NDC, said the party was founded on comradeship by some selfless and dedicated individuals who had the interest of the nation at heart, and therefore members ought to imbibe the same spirit to sustain the ideals of the NDC party.

Speaking on the topic; 'Rekindling the Spirit of Comradeship in NDC' during a Communication workshop organised by the Cape Coast North Constituency Communication team of the party over the weekend, Professor Danso Boafo noted that the NDC party came out of nowhere, with no solid background, unlike the Danquah-Busia group and other political parties.

Despite this humble and fragile beginning, the party, he said, had been able to entrench itself deeply in the political landscape of Ghana due to its commitment to serving the needs of the people.

Recounting the formation of the NDC party from the days of the revolution that brought in its wake the June 4th Movement in 1979, Professor Danso Boafo said former President J.J. Rawlings, who was the leader of the Movement, together with other selfless patriotic individuals fought and defeated the social injustices that prevailed at the time.

That, he said, gave rise to the December 31st coup d' etat in 1981, which inadvertently ended all coup d' etats in the country, and eventually instituted multi-party democracy since 1992.

Professor Danso Boafo, a former Health Minister and former Ambassador to Cuba and the United Kingdom, urged party faithfuls to emulate this historic feat by the founders of the NDC party, adding that its success in next year's election would largely depend on demonstrating similar spirit of comradeship.

He was, however, unhappy about the communication disparities among some communicators of the party in public, warning that such confusion and pettiness among some members would rather disunite the party, instead of propelling its fortunes.

'Problems that culminated in the NDC's defeat in 2000 were rearing their ugly heads again, and we cannot, as a party be complacent towards 2016 Elections, which judging by all standards would be very tough since the rival NPP was leaving no stone unturned,' he disclosed.

Professor Danso Boafo advised the party's communicators to be circumspect, accurate and fair in divulging information to the public domain, saying the party could not slip because of disjointed communication processes by its communicators.

He further called on the leadership of the party to distribute all resource benefits equitably among members, to address the grievances some party members had, and to avoid subsequent apathy towards the party.

Mr. Bede Ziedeng, Deputy Director of Elections in NDC, also talking on 'PNDC-NDC ideology', said the value system of the NDC party was social democracy, and not what other individuals stood to gain from the party.

'As social democrats, our policies are targeted at the poor and the under-privileged because we believe in equity and equality. Shining examples are the 200 Community Senior High Schools and the cocoa roads that are being constructed to spread the national cake, and not leave it in the care of a few people,' he opined.

Mr. Ziedeng, a former Minister for the Northern and the Upper East Regions, admonished the rank and file of the NDC party that they should be mindful of the party's ideology, and always work for the total benefit of the people, rather than encouraging individualism and greed on the part of some few members who want to amass wealth.

Mr. Isaac Kingsley Edzii, Cape Coast North Constituency Communication Officer, said the workshop was organised to foster a unified front for all communicators of the party, especially towards retaining power in the upcoming general elections. GNA