Our Situation Is Getting Worse – MDU 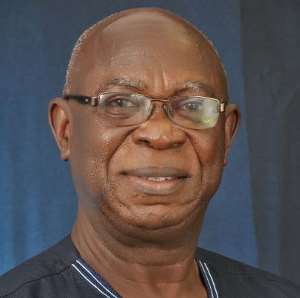 The Maritime and Dockworkers Union (MDU) of the Trades Union Congress (TUC) says the energy crisis has created job insecurity for many workers.

According to the dockworkers, there is also a worsening economic condition which has eroded the purchasing power of workers.

This was contained in a resolution adopted at the 59th regular session of the National Executive Council of the MDU held in Tema.

Daniel Owusu-Koranteng, General Secretary of MDU, said 'council is of the view that the energy crisis had gone on for a long time because government had not supported its emergency interventions with the needed financial resources and policies to end the energy crisis', known in local parlance as dumsor.

'Council is of the view that if the energy crisis does not stop now, it would result in irreparable harm to the survival of companies and permanently destroy some jobs.'

He said the council had also observed that the cedi's depreciation was 'worsening the living conditions of workers with its attendant negative effects on productivity.'

'Council calls on government to take immediate steps to address the increasing rate of depreciation of the cedi and inflation which are worsening the living conditions of working people,' he added.

They also called on the government and tax agencies 'to restore the exemption of tax on overtime for maritime employees to increase productivity and efficiency in port operations.'

Atuabo Port
According to Owusu-Koranteng, the council maintained its position that the establishment of the Lonhro Atuabo Free Port was a violation of PNDC Law 160 which grants absolute right for Ghana Ports and Harbours Authority (GPHA) to plan, build, operate and regulate ports in Ghana.

Owusu-Koranteng further stated that the council had observed that some maritime employers had adopted methods aimed at intimidating media houses that exposed the poor working conditions of employees in their establishments, especially multinational companies.

The council therefore called on maritime employees 'to be vigilant and be ready to provide solidarity to media houses and friends of working people who would face any acts of intimidation from employers in the course of working to expose violations of labour rights at the enterprise level.'

Four Reportedly Killed In Robbery Attacks In Kumasi
48 minutes ago