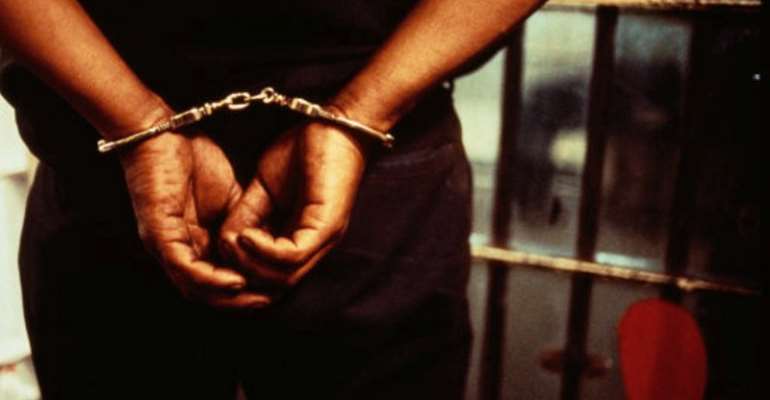 They are Baba Seidu Adams 20, unemployed and a native of Ntobroso, near Nyinahini in the Atwima- Mponua District of the Ashanti Region, Kwaku Dankwah alias Catcher, 17, a school drop-out from Ntobroso, and George Akologo alias Cross, 18 a labourer from Sirigu, near Bolgatanga.

The three suspects were among five robbers who attacked a small-scale miner at gun point at Nyinahin.

The Police retrieved two locally manufactured pistols, cutlasses and an amount of GHâ‚µ29,943.00 from them.

They succeeded in attacking their victim who was traveling from Ntobroso, a gold-mining site in a Nisan pickup, and robbed him of his vehicle, a quantity of gold, and an unspecified amount of money.

According to a Police source, the robbers were arrested around 1730 hours after abandoning the vehicle and escaping to Hwidiem, near Acherensua.

The source told the Ghana News Agency (GNA) that the three suspects confessed to the crime during interrogation, but mentioned one Believer and Kwaku as their accomplices who managed to escape with their weapons and some of the booty.

It said the robbers had since been handed over to the Ashanti Regional Police Command, while investigations continued.