Bank of Ghana should reduce high costs of credit - IEA 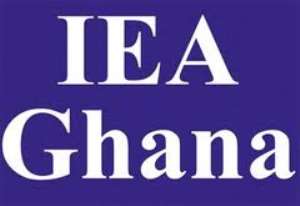 Accra, May, 6, GNA - The Institute of Economic Affairs (IEA) has reiterated the need for a more effective regulation on interest rates by the central bank as a way of reducing the high costs of credit that prevails in Ghana.

Dr Charles Mensa, IEA President said the high lending rates in Ghana, in spite of historically low rates worldwide are monumental national importance due to its implications for the development of the private sector.

He noted that the issue had consistently been cited by the world competitive index reports as well as in surveys by the Association of Ghana industries as one of the major obstacles to doing business in the country.

Dr Mensa's statement was read on his behalf at a stakeholders forum on the theme: 'High Costs of Credit: Implications for Ghana and the Way Forward,' organised by the Ministry of Trade and Industry in collaboration with the IEA.

Dr Mensa noted that the IEA in a previous work in 2012 had recommended reinforced regulation of lending rates.

The government then directed the Bank of Ghana to take appropriate action, which led to the institution of a cost based system for setting banks' base rates.

He maintained however that, the new framework appears to have had limited impact on lending rates in the country, which remains very high and needs to be addressed.

This, he said, is necessary as the prevailing high lending rates in the country are stifling investments, the development of the private sector and economic growth in general.

He said the institute is willing to work with interested stakeholders to address the problem, which represents a stranglehold on private sector development, and economic growth.

'We intend to work beyond conferences to engage with relevant stakeholders to sustain advocacy to ensure that proposals emanating from conferences are carried to the attention and necessary action of all concerned,' he stated.

Dr. John Kwakye, IEA Senior Economist in a presentation on: 'The causes and solutions of high cost of credit in Ghana,' said the phenomenon was caused by multiple factors which were both domestic and international.

On the domestic front, Dr Kwakye said IEA surveys had found that a competitive government borrowing is a major cause of high lending rates in the country.

He said Ghana has had budget deficits for a long time, which is increased during election years, which successive governments finance by borrowing both domestically and internationally.

This has driven up the rates for Treasury Bills, which has become a de facto benchmark for banks' rates. Also government is forced to pay relatively high interest rates, which in turn forces the private sector to pay high rates for credit.

Internationally, the depreciation of the cedi and high interest rate demand from foreign investors on bonds has also been contributory factors.

Dr Kwakye recommended that in order to address these issues, government must restrain its borrowing by reducing the budget deficits. Government must also consolidate the macro-economic stability of the country.

Other remedies suggested include increasing the efficiency of banks operational costs, addressing borrower risks and most importantly reinforcing financial regulation in Ghana.

The forum was attended by public officials, economic experts, businessmen and women, bankers and cross section of the public.