Peace Lessons: How to Reduce Violence 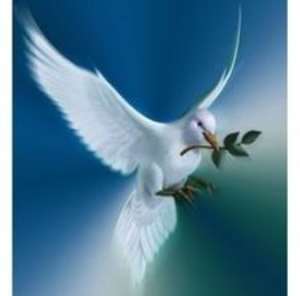 If you are interested in learning more about the meaning of, and the relationships among, direct, structural and cultural violence and how one peace studies scholar suggests we use the integrative power of nonviolence to address violence constructively, then I suggest you read the new book by historian, playwright and novelist Professor Timothy Braatz called ‘Peace Lessons’. http://www.amazon.com/Peace-Lessons-Timothy-Braatz/dp/0692303758/ref=sr_1_28?s=books&ie=UTF8&qid=1429793285&sr=1-28&keywords=Peace+lessons

This book is impressive because it explains important aspects of peace and conflict theory, particularly that developed by Professor Johan Galtung. It then applies key peace studies concepts to select historical events that are normally perceived as violent – John Brown’s struggle to end slavery in the United States, the battle at Little Bighorn in 1876, ‘World Slaughter II’, as Braatz calls it – as well as some key nonviolent resistance movements of the twentieth century: the toppling of various dictators and the US Civil Rights movement. Braatz does this to illustrate integrative power at work, in part or whole, or to derive lessons from an analysis of what might have been (or might still be) possible in cases like the violent ones mentioned if nonviolence had been (or was) used. He does this to better understand the achievements and shortcomings of nonviolent campaigns and to work out how they might be more effective in future.

Critical of an education system that is ‘primarily geared toward developing self-interested business managers and a compliant labor force – hence the emphasis on grades and punctuality’ and which affirms militarism and warfare, while ignoring the history of nonviolence and teaching students the skills necessary to tackle, peacefully, the violence prevalent in their own lives and the world at large, Braatz carefully explains how we might employ nonviolence, including at the international level, ‘to resolve conflicts without causing harm’.

In going about his task, Braatz tackles some important questions: Are human beings essentially good or bad? More importantly, he asks: How does society answer this question? And what does this teach us about society?

Personally, I found the discussion in relation to the ongoing conflict between the Lakota (western Sioux) of the northern Plains of the United States and the settler society that progressively encroached upon their lands after 1862 the most interesting for illustrating his main points. While Lakota society was itself clearly trapped in the triangle of mutually reinforcing direct, cultural and structural violence, the settler society which attacked it was trapped in this triangle on a scale far more vast.

The settler society’s deep culture included a belief in white male superiority and a sense of divine ‘chosenness’, the older structures of economic inequality and exploitation – chattel slavery and feudalism – were giving way to a new one – industrial capitalism – and direct violence in its militarized form was giving way to industrialized warfare. In short, US society was organized around the violent dispossession of Native communities, the enslavement of blacks, the marginalization of women, the exploitation of working people and industrial warfare.

Apart from his discussion of this conflict, I also appreciated the way Braatz thoughtfully drew out the ‘constructive program’ elements of John Brown’s work. Brown may have embraced direct violence in his struggle to free slaves but his work also revealed a deeply intuitive appreciation of cultural and structural peace. For this reason, Brown taught racial tolerance, promoted education for blacks and sheltered fugitive slaves. He insisted on gender cooperation rather than task differentiation and supported women’s rights, including suffrage. He also tried to establish a cooperative warehousing system to protect wool producers from corporate buyers.

In his discussion of the US civil rights movement, Braatz draws out some interesting points easily missed by those not well informed about the more subtle aspects of nonviolence, particularly as practised by Gandhi. I particularly valued the way he illustrated the important role of people like James Lawson who deeply understood nonviolent dynamics – including the role of nonviolence in exposing the cultural and structural violence that underpins direct violence – and was a thoughtful nonviolent strategist and insightful teacher of nonviolence. King himself acknowledged Lawson as ‘the leading theorist and strategist of nonviolence in the world’.

And Braatz highlights Diane Nash, whose intuitive understanding of the integrative power of nonviolence was brilliantly illustrated by her simple questions to the mayor of Nashville on the courthouse steps in front of the media following a protest march: ‘Do you, Mr Mayor, feel that it’s wrong to discriminate against a person solely on the basis of his race or color?’ And, after the Mayor agreed that it was wrong: ‘Then, Mayor, do you recommend that the lunch counters be desegregated?’ The mayor hesitated but with the media’s cameras and microphones in his face, ‘his political instincts said be careful’. Evidently, Nash’s gentle demeanor and forthright words ‘appealed to his awakened moral conscience and they overcame his calculating mind’. His answer was ‘Yes.’ Diane Nash had given him the chance to do the right thing in the context and he embraced it. Nashville might not be named after Diane Nash but it could be, Braatz concludes.

Braatz reminds us that we are all prisoners of deep culture. Our unconscious and unexamined beliefs about society shape our ideology, including our understanding of approaches to conflict. So to answer his question, he refers us to Mohandas K. Gandhi: You begin with yourself – cultivating self-respect, fearlessness and self-reliance – and then join those other nonviolent actors working to fashion a nonviolent culture and to restructure society too. This requires interfaith cooperation, the liberation of women, abolition of discrimination based on class or race, vegetarianism (because all life is one). It is about building from the bottom up, not the top down; it requires the unity of means and end. Peace through peaceful means. The goal is ‘the rehumanization of a dehumanized society’. Each individual is important.

In essence, to reduce violence and to increase peace, we must address the direct, cultural and structural elements, with cultural aspects possibly the most crucial. And if we fail to address all three, the strategy is incomplete.

So when do we start?
I agree with Professor Braatz that we must ‘start early’, even ‘start now’. But what does this mean? My own experience in many violent and nonviolent contexts made me realise what Gandhi learned too: ‘If we are to reach real peace in this world and if we are to carry on a real war against war, we shall have to begin with children.’ Why is this? Well, if we want children to be fearless and to become adults who are fearless, then we must stop terrorising them in the name of ‘socialization’. See ‘Why Violence?’ http://tinyurl.com/whyviolence Otherwise we simply perpetuate the cycle of violence at its origin: (unintended and unconscious) adult violence against children (which leads to all other manifestations of violence rather than fearless nonviolent resistance to it). The point is this: How we raise children is the deepest aspect of deep culture. And we need to get it right.

I learned a lot from this book. It is thoughtful, well written and engaging with some fascinating new insights into historical events because of its unusual focus. If you want to check out Professor Braatz’s other work, you can do so here. http://www.saddleback.edu/tbraatz Well worth your time.

Biodata: Robert J. Burrowes has a lifetime commitment to understanding and ending human violence. He has done extensive research since 1966 in an effort to understand why human beings are violent and has been a nonviolent activist since 1981. He is the author of ‘Why Violence?’ http://tinyurl.com/whyviolence His email address is [email protected] and his website is at http://robertjburrowes.wordpress.com