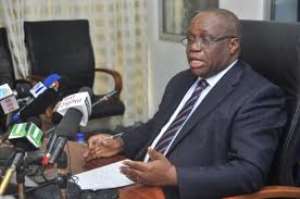 The issue of financing cost, according to some analysts, forms a major component of business operating cost in Ghana. In recent times, the trade ministry have had occasion to express frustration at the non-responsive nature of lending to the call for lower rates. The policy choice appear to sway between central control and effective regulation. The history of monetary policy development in Ghana since independence shows a rough path with many phases in between the extremes of direct official control to full liberalization in 1992. Prior to the introduction of World Bank’s sponsored Economic Recovery Program (ERP) in 1983 the objective and direction as far as monitory policy was concerned, was to ensure that the financial markets were aligned with the government’s economic objectives. Credit was allocated to certain sectors with little regard for sector risk as the primary basis of resource allocation. Foreign exchange was rationed on the basis of certain criteria which was at best subject to the changing whims of bureaucrats and politicians. Suffice to say, ultimately, the end result was the country’s inability to realize its policy objective thus creating an inefficient and dysfunctional resource allocation mechanism. Many years passed whilst new arguments emerged to support a policy of market liberalization mediated by strong institutional regulation. That argument clearly contrasted the inefficiencies of official control with the proposed benefits of markets as a more efficient allocator of resource for developmental purposes. It seemed apparent, interest rates, exchange rates and other asset prices that formed a key component of enterprise cost structure would trend downward to levels that would make Ghanaian enterprises competitive, both regionally and globally. Yet this is far from the case.

In 2013, the Bank of Ghana, with promptings from the government, announced a formula to be used by Banks as a guide for loan asset pricing, in an attempt to address this seemingly intractable economic problem. On Tuesday July 2, 2013, all commercial banks started implementing this new formula for calculating the minimum lending rate for borrowers, according to official reports. The formula was based on four modules; cost of funds, return on equity, provision for bad debt and risk premium of the borrower. The policy goal was to ensure transparency and standardization in financial asset pricing. Even then, there were major concerns and issues expressed by civil society actors, as far as expected policy impact was concerned. The following implementation risks were pointed out to the regulator for redress:

There were specific questions for the regulator to address in order to dispel doubts about policy viability:

The public call on Bank of Ghana for clarity was to enhance public understanding and to help create parallel pressure points on the money markets to respond to private sector demands for more competitive pricing. To help address these concerns, recommendations was for BOG to take steps in building public confidence especially at the backdrop of skepticism expressed by certain financial sector bigwigs at the time. There were specific calls for the regulator to clarify how the policy was going to be implemented and what institutional compliance would look like. Providing regular updates and impact assessment reports to enable Civil Society Organizations (CSOs) and interest groups weigh in with independent opinion on policy effectiveness or otherwise would also help to build momentum for implementation.

Fast forward to 2015, private businesses, government of Ghana and indeed Bank of Ghana, continue to grapple with high interest rate amidst other business challenges that threatens to undermine the already gloomy GDP growth projections for 2015 of 3.5%. So while still on the subject of Bank of Ghana’s role in interest rate management, it is imperative to look into how the regulator has performed as far as implementing this formula is concerned. Can Bank of Ghana provide any data to show compliance over the last two years? Based on this data set, is there any relationship between compliance and interest rate movement? It is important that the regulator addresses these important questions as the country moves into first gear under a 3-year Extended Credit Facility program sponsored by IMF. The remit of monetary sector reforms must cover this policy issue.

The Treadmill Factor
The recently revived debate on lending rates and interest rate spreads has come but amidst mutual suspicion between banks on the one hand and private actors as supported by the trade ministry, on the other. The discussion seemed not to have progress from the stage of problem identification. The need to locate the core policy problem and to address it in an integrated fashion, cannot be overemphasized. Nonetheless reviewing existing policy models to determine policy credibility is equally important. Two years into implementation, has the Bank of Ghana formula worked? That is the question. If not, why? The regulator must be forth-coming with data.

The Missing Variable
The ground swell of consensus among civil society think tanks is resounding, that; (1) fiscal deficits is main culprit (2) lax unresponsive regulation, and (3) banking sector operational inefficiencies are also contributors, to high lending rates in Ghana. The financial sector has inextricable linkage with public sector fiscal management in a manner that affects both volume and price in the money market. Thus budget deficits creating bigger Public Sector Borrowing Requirement (PSBR) with its attendant crowding out effect on the markets, no doubts influences funding cost. It stands to reason therefore, that any formula which does not explicitly account for this public sector variable, creates doubt regarding its usefulness as an effective control mechanism for addressing asset price volatility.

Please visit us online at www.metisdecisions.com or email us [email protected]