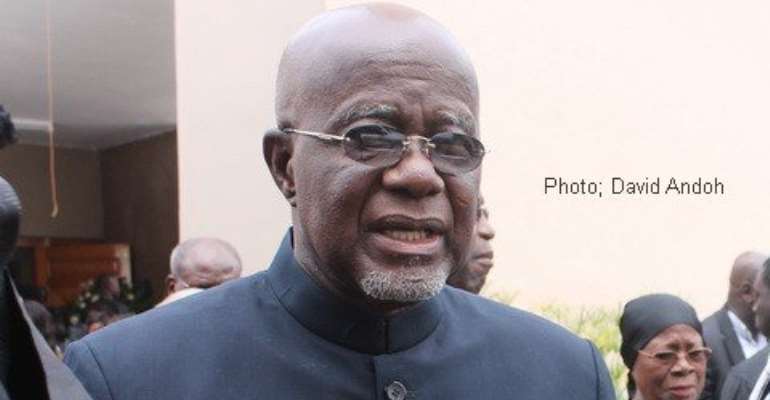 Former Foreign Affairs Minister in the NPP administration, Hackman Owusu Agyemang has proposed the establishment of a financial services authority to check what he describes as the inefficiencies of banks and other financial institutions in the country.

According to him, the proposal, if pushed through, will protect the customer from the non-performance of banks in the country.

Speaking at a forum on interest rate organized by the Institute of Economic Affairs (IEA), Hackman Owusu Agyemang accused the banks of exploiting their customers in the absence of such authority.

He said his attempt to get such an authority established about four years ago hit a snag because it was said that the establishment would require a charge on the consolidated fund.

He is therefore cajoling the Minister of Trades, Dr. Ekwow Spio-Garbrah to bring his dream to reality.

“Since Spio is a very dynamic young man and active, maybe he can impress upon the government the need for a regulatory mechanism, the financial service authority, a financial ombudsman…sometimes the banks are really cheating, but there is no way, even myself let alone my mother in the village can even have recourse to solution.”

The ombudsman, he said, would act as an arbiter between the consumers and the financial institutions.

He admitted that even though the financial regulator, Bank of Ghana, has an office responsible for that, majority of people it is supposed to serve do not know about its existence. He therefore backed calls for it to be established as an independent statutory institution.

Meanwhile, economist, Kwame Pianim at the IEA forum advocated for taxation of banks that make profit after tax beyond 45 percent.

“A lot of our banks are making 75% return on equity, 38% of Ecobank group’s total profit comes from Ghana; it is not surprising that when industries commerce are doing badly, that is when banks flourish. So my proposal is that if a bank earns profit beyond 45% return on equity, [the extra], 25% of it should be tasked and be given to somebody who is ready to mobilise savings.”