Steering Committee Meeting Of 4th May, 2015 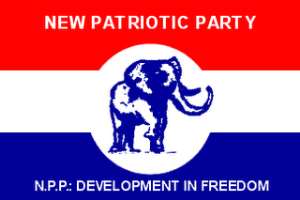 In the absence of the National Chairman, Mr. Paul Afoko, who is out of the country, and in consonance with the Party's Constitution, Article 9 (I ) 2A, the 1st Vice chairman, Mr. Freddie Blay, today Monday, May 04, 2015, convened an emergency Steering Committee meeting to deliberate on the Party's ongoing parliamentary primaries.

The following nine (9) members, out of the thirteen (13) member body, whose quorum is seven (7) members, were present;

Mr. C.K Tedam – Chairperson of the Council of Elders

The meeting took the following critical decisions among others;

A. Further to arrangements already in place for the various vetting committee and vetting centres for the Party's parliamentary primaries, sent out by the General Secretary, the Committee decided that the following National Officers shall be assigned to the various regions to be responsible for the overall conduct of the vetting process and any challenges that may emanate therefrom;

c) The Steering Committee calls upon the vetting committees to ensure that the qualification, eligibility and competence of aspirants, especially in respect of article 94 (1), (2), (3) of the National Constitution, as well as Articles 3 and 11 of the Party's Constitution are duly observed and satisfied.

The Steering Committee wishes all aspirants God's blessings and the best of luck as they go through this process leading to victory 2016.

PPA Scandal: All Sole-Sourced Contracts Should Be Halted, Pr...
20 minutes ago