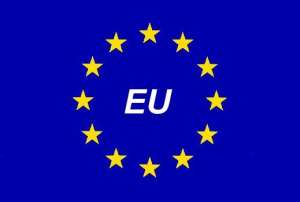 Accra, May 4, GNA - The European Union says it is optimistic of resuming its budget support to the Government of Ghana following the adoption of the IMF's three year extended credit facility programme.

Mr William Hanna, the Head of the European Union Delegation in Ghana, said a sound implementation of the programme was important, in order to restore macro-economic stability in Ghana with a view to creating an enabling framework for development, investment and job creation.

Mr Hanna said this when he addressed a press conference to announce the opening of Europe Week 2015 in Ghana.

The event would be under the theme: 'EU-Ghana: Partnership for a Better World', and it begins on Monday May 4-9, 2015.

He said its budgetary support was conditioned on certain rules and prerequisites, which the implementation of the IMF programme would ensure, thus there is the possibility of the EU resuming its support.

Mr Hanna said the EU appreciated government's commitment to improving public financial management, especially focusing on enhancing controls in public payroll management, the publication of a comprehensive and time-bound action plan to detect and remove ghost workers, secure and unify payroll databases and to sanction those responsible for fraud.

'We are looking forward to the publication of the quarterly progress reports by the inter-ministerial committee on payroll,' he said.

Mr Hanna said the EU was ready to support Ghana in the implementation of the challenging structural reforms, as sound economic governance, better tax and customs administration and a widening of the tax base will all contribute to a sustainable development of the country and a better investment climate in the future.

He said the partnership between Ghana and the European Union dated back to Ghana's independence and has since 2000, being based on the framework of the Cotonou agreement.

Mr Hanna said it was in the common interests of both Ghana and the EU to build a stronger partnership, based on shared historic cooperation and values such as a deep attachment to democracy, the rule of law and respect for human rights.

He outlined three areas of cooperation between the two sides, where stronger partnership was being built: political, trade, business and Investment, and development cooperation.

Under political dialogue, Mr Hanna said there would soon be a political dialogue between the EU and Ghana at the highest levels, not only with government but also with civil society following a roadmap recently agreed with them.

The agenda for the dialogue will be peace and security in the West African region, including maritime security, governance, support for democracy and migration, which was a pressing issue domestically for most members of the EU.

On trade, business and investment, he said the EU welcomed the initialing last year of the Economic Partnership Agreement (EPA), saying that, it believed strongly that the new approach to trade between them was in the mutual interest of both parties and was the best to attract investment, develop the ECOWAS market of 300 million people, preserve the 500 million EU market and to create jobs.

'All countries have an interest to complete the procedures allowing it to enter into force,' Mr Hanna said.

As part of the Europe Week 2015, the delegation would launch a new European Business Organisation, the first of its kind in Africa, intended to complement the work of the existing chambers of commerce of the member states, by engaging in joint European policy advocacy on issues relating to trade and the business climate.

'Also this week, the European Investment Bank, which is the long term investment institution of the EU, will be in Accra to announce a new credit line of â‚¬10 million to Unibank Ghana to improve access to finance for SMEs in the country,' he said.

Mr Hanna pledged the EU's continued support to Ghana in the pursuance of its development agenda, with additional support in areas of social protection, employment and skills development in order to support job creation and protection of the most vulnerable in Ghana as well as anti-corruption and rule of law.

He said the EU would focus a lot on technical and vocational skills training as it had realized the need to train skilled personnel for industries, especially in the manufacturing sector of the economy.

Activities lined up for the 2015 Europe Week in Ghana include free film screenings at the Goethe Institute and Alliance Francaise, an open day, football match, and launch of EBO Ghana.