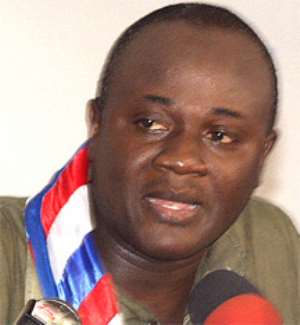 138 Contest For MP
Sam Pyne, the Ashanti Regional secretary of the NPP, who made the disclosure to DAILY GUIDE, added that a total of 138 candidates from 44 out of the 47 constituencies in the region submitted their forms to contest in the upcoming NPP primaries.

He mentioned Manhyia North, Juaben and Kumawu constituencies, where there have been legal issues for some time now, as the only three constituencies which the party didn't receive nomination forms from interested candidates.

11 Females
Sam Pyne disclosed that 11 out of the 138 aspirants that had submitted their nomination forms in the Ashanti Region are females, including three sitting MPs.

Vetting
Sam Pyne announced that the party in the region would commence vetting of the 138 aspirants today, May 4 and the exercise is expected to be completed on Thursday, May 7, 2015.

He said the vetting would be done at four different locations in Kumasi, the Ashanti Regional capital, but he was reluctant to disclose the exact locations for obvious reasons.