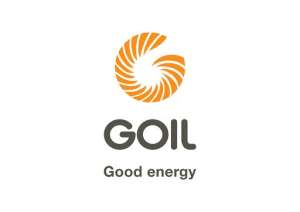 Accra, May 2, GNA - Shareholders of the Ghana Oil Company Limited (GOIL), has called for injection of affirmative action policies and procedure in the appointment of Board of Directors of the oil marketing company.

The shareholders at GOIL's 46 Annual General Meeting (AGM) in Accra warned that in the future they would reject the Board of Directors if the appointing authorities fail to adhere to the tenets of affirmative action.

Information obtained by the Ghana News Agency indicates that government owns 51 per cent of the shares while the other 49 per cent are owned by individuals and other corporate bodies.

Prof Asomaning who chaired the 46 AGM, assured the shareholders that their concern would be communicated to the appointing authorities for consideration.

Meanwhile the shareholders have commended the Board of Directors, Management and Staff for prudent management of the company over the past fiscal year.

The shareholders therefore overwhelmingly endorsed the company's annual report and financial statement for 2014 presented at the 46th AGM.

Mr Joseph Abeka Binney, on behalf of the shareholders commended the Board and Management for prudent operations of its Corporate Social Responsibility (CSR) in 2014.

Some Communities in the Volta Region as well as rural communities in the Greater Accra Region also benefited from the CSR in the past whilst the company made several donations to health, educational, cultural and social institutions.

He said despite the significant challenges in the economy, GOIL managed to execute its strategies precipitating in a six per cent increment in the volume of sales - 2014:539,633 million litres, 2013: 514,265 million litres.

In an interview with the Ghana News Agency, Mr Akorli who is also known as Togbe Adza-Nye IV Dutorfia of Ziavi said GOIL is doing tremendously well since entering into the aviation industry.

'Now aircrafts do not need to carry a-round-trip aviation fuel from point of departure which impact heavily on the weight of the aircraft, GOIL has the capacity to meet the demand.

'The effort by GOIL is a huge breakthrough for local OMCs(oil marketing companies) with high economic benefit to Ghana as proceeds entirely stays in the country…we are offering customers a third force alternative,' he said.

Mr Akorli explained that due to the highly sensitive and technical nature of the aviation field GOIL had well-trained staff to meet the demand and challenges in the industry.

'We are a leader in the local bunker fuel trading industry - providing marine gas and fuel to ocean going vessels.

'GOIL has extensive experience in the bunkering market and through its leadership has assumed a premier bunkering operation with a global footprint. Now Ghana can proudly say she has Bunkering Experts in GOIL,' he said.

The GOIL Managing Director said in spite of the fact that marketing of petroleum products in the country has become ultra-competitive, 'GOIL remains one of the forerunners in the state-owned enterprises sector and the petroleum industry in general'.

'The company has maintained its market leadership in gasoline, premix, LPG, bunkering and lubricants since the year 2002 and has respectable positions in all other products marketed by it,' he said.