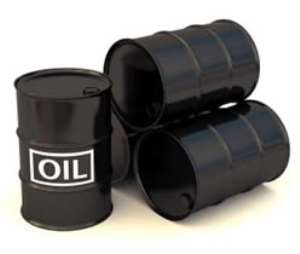 There is uneasy calm at Bulk Oil Storage and Transportation (BOST) following the alleged sacking of the company's chairman of the Professional and Managerial Staff Union (PMSU).

The chairman, Albert Mantey, who is an audit officer at BOST, was reportedly sacked by the managing director, Kingsley Kwame Awuah-Darko, for breaching the company's conditions of service.

He was accused of granting media interviews on the ongoing restructuring exercise and staffing policy without express permission from Mr Awuah-Darko, who was the National Democratic Congress (NDC) parliamentary candidate of Ayawaso West Wugon (East Legon area) in the 2012 elections.

The report had said the endemic corruption was as a result of collusion between senior BOST officials and some of the Bulk Distribution Companies (BDCs) – a revelation which has sparked a war of words between the two players in the petroleum upstream sector.

Dictatorship
In the ensuing confusion, a section of the BOST workers have accused Mr Awuah-Darko of being a dictator regarding the way and manner he is allegedly running down the state facility.

DAILY GUIDE learnt that Mr Mantey's employment was terminated on Tuesday, April 28, 2015, after he had denied a query letter sent to him on April 21 for breaching Clause 10.6 of the conditions of service, which the management said restricted communication on 'any matter' concerning the administration of/or policies of the company to the media.

The termination letter was signed by Phyllis Asinah, acting Head of Human Resource of BOST.

Media interview
Even though Mr Mantey has explained the circumstance that compelled him to grant the media interview, the BOST management is still adamant.

The PMSU chairman said a staff called Sackey had organised a news conference and levelled allegations against the staff fraternity and so he responded to them in his capacity as the leader of the union and said his dismissal was an attempt to stifle dissenting views on the mismanagement at BOST.

Chop Chop At BOST
It emerged that BOST, which had been struggling to raise funds for its activities, pays a whopping $43,000 as rent to a property owner called Frontiers Developers Limited at Dzorwulu, Accra, every month.

Before moving to DEMMCO House at Dzorwulu, Accra, BOST had its offices at the Airport Residential Area, which had bigger office spaces but reportedly paid $13,000 monthly as rent.

Customised Furniture
Additionally, the BOST MD is said to have ordered new customised furniture from the United States for his new office, a group of workers calling for forensic audit of the state-owned company's finances claimed.

In a letter they sent to the presidency to investigate Mr Awuah-Darko's management style, the petitioners claimed BOST entered into an agreement with a company called TSL Logistics (Ghana) Limited where the state-owned company pays $56,170.21 every month as management fees.

Huge Payments
BOST is also alleged to be paying $594,000 monthly to TSL, which they claimed is to cater for 'reimbursables' and the amount included money for maintenance, training, standard operating procedures as well as salaries, even though TSL Logistics is reportedly using staff of BOST to execute the said contract.

According to the petitioners, the hefty payments were being made without invoices but the alleged payments continue to go through with the endorsement of the MD.

The workers claimed that TSL Logistics continues to bill BOST for training fees, although there was no training while it (BOST) pays separately for its own training and added that it paid for a number of pick-up trucks for TSL and TSL in turn gave four of the trucks to the MD for his parliamentary campaign at the Ayawaso West Wugon constituency.

They further alleged that Mr Awuah-Darko presented a budget of $8 million as the total cost on automation of BOST depots nationwide, but in less than a year, he had purportedly revised the amount to $16 million with the board's approval.

The concerned staff claimed that BOST is failing to account for $15 million from its partnership with the Ghana National Petroleum Company (GNPC).