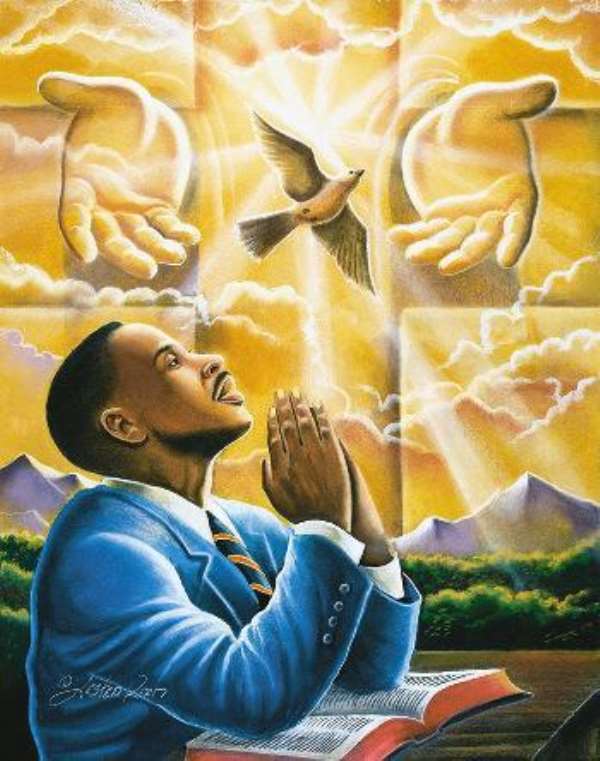 I am encouraged the more to write the second part of this message by the responses I received after the first part was published last week. I got responses as far as Canada. A renowned Canadian Christian writer (who read the article through the internet) was so thrilled that she sent a feedback commending the message, and also confessing that it is at this particular time of the night that she receives attacks from the satanic agents.

She said she agreed with all I said in the write-up. Yes, spiritual principles are universal. The mode and methods of operation could vary from place to place, but the principles are basically the same. We know that the battle is between the kingdom of God and that of Satan. The battlefield is man. The struggle is about who will control the activities and destiny of man.

Whereas God wants to control man for good, the devil and his agents detest man. They hate and envy him; because they know what God has in stock for him. They know the place of man in God's programme. They are aware of the wonderful and blissful destiny that God is preparing for man, so they battle day and night to see how that plan could be derailed.

Remember they (Satan and rulers of darkness) are fallen angels. They have been with God before they were thrown down to the earth, because of their disobedience. So, what we are highlighting here is that midnight is the main arena for this great battle of the kingdoms. Jesus puts it this way,

"The thief's purpose is to steal and kill and destroy. My purpose is to give life in all its fullness." (John 10:10). And you know that the thief will always want to come in the night, when he will not be seen or challenged. So also is our enemy - Satan.

Now, let's get into the main business. And that is to look at the examples of great men and women in the bible who fought and won the greatest battles of their lives in the midnight. Let's start with our great master and perfect example Jesus Christ. He fought and won all His battles while on earth. When he was about to start his earthly ministry, He went into the wilderness to fast 40 days and 40 nights.

When His critics confronted Him, He used the word of God and the prophets. By the unbelievers, He did miracles, signs and wonders. Then by the demons, He rebuked and cast them out. But when He eventually came to the point of His ultimate sacrifice for mankind, He went into midnight battles. And that is what I call the 'Battle of Gethsemane'.

The battle to save man was fought and won by Jesus in the midnight at the olive grove called Gethsemane. At that point, the reality and weight of what Jesus came to achieve came heavily upon Him. And He had a choice to make - whether to continue with the project of salvation or to back out.

But He chose to stay awake and slug it out with Satan, sin and self. It was a night that ushered Him into the last 12hours of His life. It was indeed very crucial to the whole salvation idea. I believe the main battle to save man was actually fought and won at the ' Gethsemane front'.

What happened at the cross was the consummation of the process. Let's go through the account in Matthew 26:31-47 "...

'Peter', Jesus replied, 'the truth is that this very night, before the rooster crows, you will deny me three times'. No! Peter insisted, 'Not even if I have to die with you! I will never deny you!' And all the other disciples vowed the same. Then Jesus brought them to an olive grove called Gethsemane, and he said, 'Sit here while

I go on ahead to pray.' He took Peter and Zebedee's two sons, James and John, and he began to be filled with anguish and deep distress. He told them 'my soul is crushed with grief to the point of death. Stay here and watch with me.'

"He went on a little farther and fell face down on the ground, 'my father! If it is possible, let this cup of suffering be taken away from me. Yet I want your will, not mine.' Then he returned to the disciples and found them asleep. He said to Peter, 'couldn't you stay awake and watch with me even one hour? Keep alert and pray.

Otherwise temptation will overpower you. For though the spirit is willing enough, the body is weak!' Again he left them and prayed, 'my father! If this cup cannot be taken away until I drink it, your will be done.' He returned to them again and found them sleeping, for they just couldn't keep their eyes open.

So he went back to pray a third time, saying the same things again. Then he came to the disciples and said, 'still sleeping? Still resting? Look, the time has come. I, the son of man, am betrayed into the hands of sinners. Up, let's be going. See, my betrayer is here!" I had to run the whole story so that you can understand what I am saying.

It was a night when Jesus took His closest followers to an olive grove to do the midnight battle. It was indeed a tough one. He had to decide whether to continue the salvation plan or drop it. What He was to go through between Gethsemane and the Easter Sunday came stirring in His face. He was going to pass through a horrifying experience - the Jews antagonism, the disciples' betrayal, denial and abandonment. He was going to take in the 39 strokes of cane, the crown of thorns, the spear by his side.

The mockery, the nails and ultimately, the grave. All these reality came upon Him and He decided to stay awake and battle through the night. He knew it was a midnight show, and immediately He was through, He quickly told His disciples, "Up, let's be going."

He knew he had won the battle in the spirit, and as a result was fully prepared to face the physical challenges. This is exactly what happens to a midnight prayer warrior. He/she is always fearless and ready to face any situation in the daytime. You will always be bold and confident that every circumstance will

ultimately work in your favour.
To understand the message better, I suggest you watch the film (if you have not) - 'The passion of The Christ' by Mel Gibson. There, you will graphically see what transpired between Jesus and the devil at Gethsemane. Satan almost prevailed on Jesus to drop the idea of paying the supreme price for sin. But Jesus resisted him and consequently won the battle that night. The battle is at midnight!!!

Start today. Till next week, God bless!
Rev Agbo is the author of the book Power of Midnight Prayer