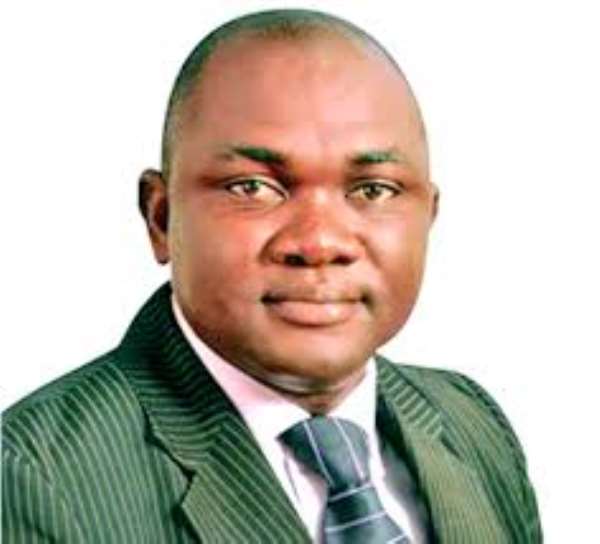 "I have reflect on the vital role the youth played in the 2012 election and considering the strategy of the current constituency youth organiser is beyond my understanding, he is working tirelessly, organizing the youth bases in all the electoral areas, which is remarkable", Mr. Nartey said.

He further stated that, the youth base in the electoral areas will play a major role in the campaign team in capturing power form NDC come 2016.

"Am more focus on motivating the youth to join the campaign of the NPP, making sure that they all come on board to wrestle the Ablenkuma Central seat from NDC and win the Presidential seat come 2016" Mr. Nartey maintained.

"Am optimistic about leading Ablekuma Central and NPP victory come 2016 due of my previous performance as the parliamentary candidate during the 2012 election. When I took over the mantle as a parliamentary candidate IN 2012, the NPP, my party was behind a deficit of nine thousand votes (9000) but due to my hard work with the youths and the executives in the constituency, we reduced it to a deficit of thousand two hundred votes (1200), so when given the mantle again I deliver for the NPP and the Constituency", he admonished.

Speaking on the divisions in the constituency, he said, "I have tried my possible best meeting with all the functionaries in the constituency to come together as one family because when we go after the reputation of one another and one person wins, it will very difficult for us to come together and work for the party and I think I am making progress towards the unity work", the 2012 parliamentary candidate revealed.

In an exclusive interview with the youth organiser, Isaac Asare popularly known as Akonoba who is the master mind behind the formation of six (6) youth wings in Ablekuma Central, he said, " Am only interested in working for the party due to the love I have for the party".

He stated that the youth wings are formed to make sure that the vote that Ghanaians vote for NPP are counted for NPP.

He admitted that the formation of the decentralization youth wings system came with it own difficulties but now everybody seems to be on board and commending the current executives for it new great initiative to capture power from the NDC.