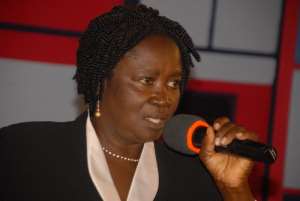 He said this in an address read for him by the Minister of Education, Professor Jane Naana Opoku-Agyemang at the April Session of the 19th Congregation of the University of Education, Winneba on Saturday.

President Mahama said 'during the State of the Nation Address, I made a promise to fix the power situation, and I intend to keep it'.

He said not too long ago, Parliament approved the deal to bring the emergency power barges into the country and gave the assurance that plans are far underway to obtain and install them.

The President said the general populace can attest that the power situation is getting better since the Easter festivities.

This is because some key power plants at the Volta River Authority (VRA) are back on, he said.

'The Aboadze Thermal Plant has also resumed operation with about 80 million standard cubic feet of gas from the Ghana Gas Processing Plant'.

This has helped the VRA to produce about 320 megawatts of electricity from three turbines at Aboadze, President Mahama said.

'With the completion of repair works on the Asogli Power Plant, it is hoped that in subsequent days, Ghanaians will enjoy an improved power situation'.

President Mahama said again, the first unit of the Kpone Thermal Power Plant (KTPP) will be inaugurated by June 2015 and expected to add 110 megawatts to Ghana's power grid network.

When the project is finally completed, it will add another 110 megawatts of power to the national grid. He said.

'It is important to state that government is doing all within its ability to have the power challenges solved.

It is therefore unfair for certain people in society to create the impression that government is taking a nap on the Bahamas Island, the President stated.

'Certainly, government will not be moved by these ill-intended comments by its detractors.