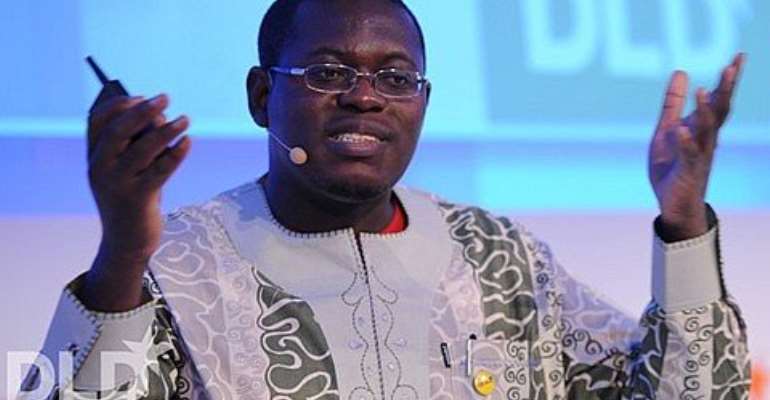 The ITLOS ruling has provided everyone with an interest in public affairs much to chew on, stuff to debate, and a lot to scratch their head over.

I simply could not stay away from the subject, try as I did.

There has been much confusion over what the provisional measures prescribed by the ITLOS in connection with the ongoing maritime dispute between Ghana and Ivory Coast really mean.

What, with international newswires publishing and backtracking almost on an hourly basis, and all sort of spinning and debate swirling on social media.

So I decided to review the case dossier of the matter currently before the special chamber of the Tribunal.

I have read the submissions of the Ghanaian and Ivorian advocates, and their key witnesses, including the testimony of Tullow's COO, McDade.

The following are some important points that should settle several issues that were in contention earlier in the day.

1. Contrary to the assertion of some that this was a run of the mill case, this was actually unprecedented. Though Ghana had initially requested an UNCLOS Annex VII tribunal it was persuaded by Ivory Coast to refer the matter to ITLOS. ITLOS for the first time ever set up a special chamber to consider a maritime delimitation matter, as well as hear oral pleadings on a request for provisional measures matter.

2. The sum of Ivory Coast's case is that its maritime borders with Ghana have never been settled, and that it has made that clear to Ghana since 1977. It believes that the geographical nature of its border with Ghana ('concavity') means that it cannot settle for a median line from the land border protruding into the sea as the 'equitable' maritime border.

3. Ghana's case in summary is that Ivory Coast's actions for decades show that it accepts the fait accompli border based on 'equidistant' principles. It says Ivory Coast has never taken any legal actions to protest Ghana's reliance on equidistance rules to exercise rights in the area that it is now asserting ownership over, and thus that the current claims are motivated by bad faith.

4. However, this current ruling did not look into the merits of these competing claims. It focused simply on whether if Ivory Coast should win the case it would have been harmed beyond repair if Ghana's current activities in the disputed waters are allowed henceforth to continue unabated.

5. Ivory Coast argued that if it won it would mean it had owned the area all along. Thus the court should consider that it may not have allowed the exact type of activities currently ongoing in the first place at all, and since the activities entail changing the physical conditions of the seabed permanently, monetary compensation for lost revenue may not be enough, especially as to its mind Ghana is managing the area badly. It also said Ghana should be prevented from allowing oil companies to collect data on the area since otherwise, if it were to win the case, it would be at a disadvantage when negotiating with such companies who now know more about its own territory than it does.

6. Ghana argued that this is nonsense. If such sweeping injunctions were allowed as a matter of routine then any frivolous claim would cause billions of damages of cost to countries that believe they were exploiting their own sovereign territory for economic value. Ghana asked the chamber to grant Ivory Coast nothing by way of any provisional or interim reliefs.

7. The Tribunal took a middle ground. It asked Ghana to take steps to ensure that data being collected now would not be used against Ivory Coast. As this is unclear in practice, Ivory Coast is likely to go back to ask if this implies an effective halt to seismographic data collection, or something like a joint review process may suffice. Per the ruling, the two parties are simply to meet and deliberate on how to implement this and all the other orders/determinations.

8. The second major ruling/decision/opinion/determination is the most contentious of all. This asks Ghana to cease all new drilling activities. In an explanatory supplementary, Ghana's nominee to the chamber (judge ad hoc) clarified that this injunction refers to both exploration *and* exploitation drilling.

9. The confusion has arisen because the Tribunal refused to accede to Ivory Coast's request to halt 'all exploration and exploitation activity'. So what does the injunction on new drilling mean?

10. There are several activities going on in the disputed area. A major one, particularly mentioned by the GNPC's Director of Exploration, is the FPSO. Others include the subsea pipeline Infrastructure and 'risers'. The ruling simply means that these kinds of activity that do not involve drilling can continue unhindered. Ivory Coast is likely to insist on clarity whether yet to start oil production can commence in view of the contention over 'irreparable damage' and the tribunal's apparent consent with the logic that oil extraction constitutes permanent alteration of the status quo.

11. Many of the companies that have blocks in the area (including the DWT concessionaires, which include Tullow, Kosmos and PetroSA) would be seriously Impacted by the ruling if they have not, as most have not done, completed all data collection and exploratory campaigns. Even those who have completed all exploration cannot start any development activity in the disputed areas until early 2018, when the final ruling is expected.

12. Now, the biggest issue of all: TEN! The $5 billion behemoth. Confusion and misinformation will continue simply because of the following:

13. Tullow will indeed, together with its co-venturers, continue work on the field since there is a lot of activities not covered by the injunction/provisional measures, notably the subsea infrastructure and the FPSO installation.

14. Tullow has indeed also already drilled 5 production wells and will convert 4 appraisal wells into production wells. Since the injunction does not affect COMPLETION of these wells (which is a technical activity not Involving drilling), they will be ready for commissioning by mid-2016 when Tullow, as lead operator, hopes to start producing petroleum from the field in commercial quantities.

15. But there is a huge catch! Tullow also need to complete drilling of other ancillary wells in order to be fully ready for commercial production. These include gas and water injection wells, and a gas production well. Furthermore, after first oil, a further 16 wells had been planned to boost the production level, not to talk about the potential need for remedial wells as we saw with jubilee. THESE PLANNED WELL-DRILLING ACTIVITIES ARE NOW IMPACTED. For instance, Tullow's announcements to date that I could track only indicate 4 water Injection wells have been drilled. And at any rate, even if all wells required for first oil were ready, the operator still does not have the full complement of development wells to fully harness the field resources before 2018 (plateau had been planned for 2017, and that would definitely require more development/production wells). In the next couple of days Tullow's DWT partners, who have all been eerily quiet so far, will also be evaluating the state of their farm in prospects.

16. So in summary, this ruling has come at some cost to Ghana and Tullow. It is a good thing that it is not as catastrophic as a full granting of Ivory Coast's reliefs would have implied, but insofar as it will definitely Impact Ghana's ability to generate revenue from the disputed area, as well as impact the original designs and timelines of the TEN project, some losses have been incurred.

17. It is now time for Govt of Ghana to take a major strategic decision. Does it want to open a parallel diplomatic initiative in which based on its calculations of how much the freeze on new drilling will cost Ghana it offers some concessions on revenue sharing in perhaps a small portion of the disputed area in exchange for Ivory Coast capitulation to Ghana's preferred maritime border? Or not?