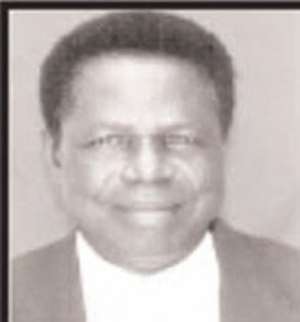 One of the most interesting issues which has gained currency these days, is the question -whether pentecostals and charismatics are two different groupings in Christianity. Almost everywhere in the society, this question is being asked.

Just a few years ago, at this time of the year, a writer in French newspaper Le Figaro, argued that both pentecostals and charismatics are widely different Christian religious sects, with the latter (the charismatics) practising what is 'unorthodox'. This was explained to mean that the charismatics opt for what is cultural or indigenous: they are preoccupied with the performance of miracles, and they emphatically preach 'prosperity gospel' at the expense of salvation evangelism-exactly what the pentecostals frown upon.

Only two weeks ago, the same question was raised during a phone-in programme on an FM radio station, and two speakers argued that there was no difference between pentecostals and charismatics, for both essentially preach the doctrine of 'born-againism' and baptism of the Holy Spirit; and both believe in tongues-speaking.

But those who argue that pentecostal and charismatic churches are different, contend, first of all, that it is the semantics (or the meaning of the word by which either grouping is called) that spells out the difference between them.

Thus the word 'pentecostal' reflect the historical Christian 'petekoste' or pentecost day occurrences-principally, — the speaking in tongues of the 120 disciples, which was reflective of the bold evangelisation power that descended on the believers. Hence pentecostals are known by their tongues-speaking and their evangelisation preoccupation.

Some of those churches identified to be pentecostals are: Christ Apostolic Church, Church of Pentecost, Apostolic Church of Ghana and Assemblies of God. What again is said to make the pentecostals more different is that they are mostly churches 'imported' from, or having their roots in foreign countries; whereas charismatic churches are basically 'home-made' or indigenous and thus culturally 'independent'.

On the flip side of the argument is the contention that the word 'charismatics' refers specifically to the workings of the 'gifts' ('charismata' in Greek) of the Holy Spirit. These divine (charismata) gifts are essentially known to be nine in number- namely wisdom, knowledge, faith, healing, miracles, prophecies, discernment of spirit, tongues, interpretation of tongues (1 Corinthians 12:4, 8-10).

So the main premise of the argument is that charismatic churches are those which broadly lay emphasis upon all or most of the gifts of the Holy Spirit, more particularly healing, miracles, prophesies and tongues instead of the pentecostals' alleged narrow-minded focus on tongues and evangelism (knowledge) only. This last point is still open to debate.

I must, at this juncture, express my opinion that I agree to the claims that there are identifiable differences between the pentecostals and the charismatics as can be seen from the several points mentioned above.

Indeed, the question of the charismatic churches being a little more culturally-oriented (which creates a difference), is an undeniable fact. Take the deliverance ministry of the charismatics for instance. Their penchant to remove evil spirits tormenting people or to redeem those in satanic bondage, is more admissible to a typical Ghanaian folk who was set free by a one-time 'Tigare' cult or juju, and who with the advent of Christianity, would want to see similar deliverance for himself by the power of the Holy Spirit.

And just as the Bible teaches 'deliverance' ('cast out demons', Matthew 10:8), so do the charismatics feel emboldened to break into the traditional deliverance system with the more efficacious Holy Spirit redemption power. The pentecostals are said to scarcely concern themselves with such deliverance ministry. Yet in the field of evangelism, and in the systematic inculcation of the Christian faith, the charismatics can hardly challenge the pentecostals.

What again constitutes a significant difference is that whereas charismatic pastors generally prefer to dress themselves up in the traditional 'boubou' designer attire, or 'batakari' for church service to show their Africanness or to be in simple suit without any clerical collar just to show their 'independence' from Euro-American influence, the pentecostals are known to opt for foreign clerical dresses possibly to show orderly presentation of oneself to God. Note that some charismatic pastors also wear clerical collars, for some unknown reasons.

The insistence on, or the preachment of miracles by charismatics is something which is known to agree with the African's ethos of expecting divine interventions in their daily problems. Thus, the charismatics make use of miracles or prodigies as well as prophesies to convert non-believers in order to 'fish' for more believers.

And there is a whole long list of miracle-working and prophesying charismatics colleagues who can be cited in this regard. These and many others continue to strike the difference between charismatics and pentecostals.

Finally, what in my opinion underlines the divergence between these two Christian groupings is the charismatics' stress upon 'prosperity gospel', the concept that a believer in Christ is entitled to seek and expect prosperity from God with its broader perception which includes spiritual prosperity too, instead of being content with poverty.

I wholeheartedly subscribe to this point of view, and wish to say in passing that the material-spiritual tenets of the 'prosperity gospel' are clearly underlined by St. John in his text: 'beloved I wish above all things that you prosper and be in good health even as your SOUL prospers' (3 John 2).

Nowhere in the Bible does Jesus tell us to be abjectly poor and miserable in life. Jesus contends that 'I came to give life and give it more abundantly'. Meanwhile, I maintain that in so far as there exist some differences in doctrine and practices, pentecostals and charismatics still remain different groupings in Christ. Who says they are the same?

Nevertheless, it can be argued that the differential issues are not really very significant within the context of the charismatic functions of the two groupings, -the pentecostals and the charismatics.

In fact, both use the gifts of the same Holy Spirit, the pentecostals largely confining themselves to tongue-speaking and sometimes, prophecies, and the charismatics being preoccupied with prophecies, healings and deliverance issues.

In brief, both groupings are really pentecostal charismatics (as opposed to such Old Testament charismatics as Moses, Elijah, Elisha, etc. who were not pentecostals). Therefore, both pentecostals and charismatics can simply be called penteco-charismatics, because they have spiritually and selectively been endued with the Holy Spirit's gifts to operate to save people, right from the advent of Pentecost Day in AD 33.