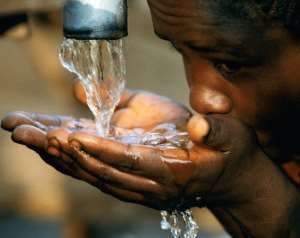 President of the Students Representative Council (SRC) of the University of Education, Winneba, Abdul Rahman has revealed that the institution owes utility companies about Ghc2 million.

He lamented that because of government’s inability to defray the bills, the Ghana Water Company has cut water supply to the school, making life unbearable for them.

Speaking on Eyewitness News, the SRC president said “we have three campuses, the north, central and the south campus, when I did my checks, I realized that water was not flowing in all the three campuses. I was later told that yesterday in the morning the water company came to disconnect our water because of government’s inability to settle the utility bills.”

He intimated that “we have over 13,000 students on campus and life is uncomfortable on campus. We are having our SRC elections today…this week is going to be a busy week for the university so it’s rather unfortunate that the government is trying to make things unbearable for ordinary students.”

“We are begging the president to listen to the plight of the students. He should call his people to order, they are not trying to listen to us at all,” he lamented.

In a related development, tertiary students across the country have kicked against government’s decision to transfer the full cost of utility bills to students.

The Education Ministry, which is pushing the agenda, has explained that government has over the years been saddled with utility bills from public institutions which it has been unable to pay.

Some students who spoke to Citi News said the new directive will bring untold hardship to them.