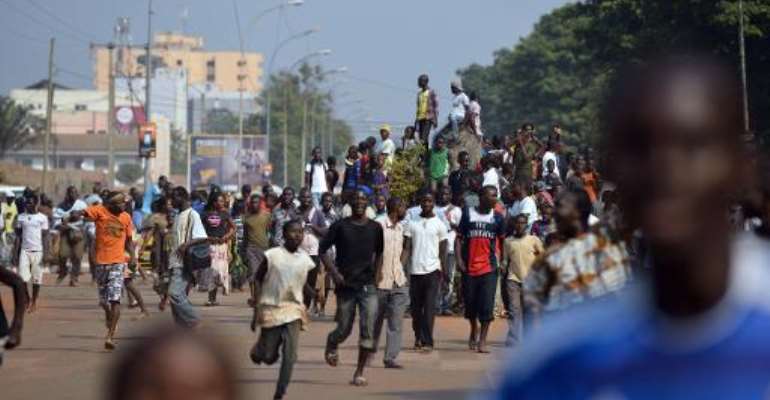 The xenophobic attacks in South Africa did not catch only Jacob Zuma off guard. It also did so for the Ghanaian government which has so far only managed to issue temper-calming statements, depending upon which latest development makes the media landscape.

With the ilk of Hannah Tetteh leading the charge in this direction, it is unsurprising that these statements have largely been taken with a pinch of salt.

The New Patriotic Party's (NPP's) reaction to what the party has described as meek response to the mayhem in that country from government is not only timely but descriptive of the level of concern exhibited so far by the authorities.

Lulama Xingwana
We consider the response of government as uncoordinated and lacking any assurance about a Plan B, should evacuation be the best option.

The Ghanaian envoy in that country is posting a picture of his compatriots not too enthused about returning home. We doubt if that is the true reflection of the situation because Ghanaians in South Africa would prefer returning home to dumsor-laden Ghana to staying in a place where Zulu spears wait to pierce their bodies.

At a time when the public kitty is exhausted and under the control of the IMF somewhat, encouraging a mass evacuation could be harmful to government's fiscal situation at this time.

Government has so far preferred to be on the periphery, not wanting to offend the sensibilities of their South African counterparts.

It is sad that government should dread stepping on the toes of their South African counterpart, preferring as it were, throwing dust into the eyes of Ghanaians rather by simulating a flurry of diplomatic activities towards protecting their citizens in that country.

The South African High Commissioner to Ghana hosted a PR-intensive press conference a couple of days ago at which she downplayed the seriousness of, if you like, the worst xenophobic attack in post-apartheid South Africa. It could arguably pass for the worst in the history of the continent.

Although she assured Ghanaians that their compatriots are safe in her country, she failed to tell them how such safety is being ensured.

Her boss Jacob Zuma appears to have lost control of the country – a fact she would demur and which firebrand youth leader Malema has alluded to. His tribesman, Zulu King Goodswill, is one man he would not like to offend. That is why his reaction has been too little and too late.

We in Ghana would not go the way of South Africans by attacking their mission here. The South African envoy's disclosure that some persons attempted burning down the mission can only be an imagination or a wild dream.

We support the call by others that government should bare its teeth by taking certain diplomatic measures as Nigeria has done. Merely calling for the cessation of the attacks without condemning the weakness on the part of the South African government in the light of the mayhem is not enough.

The protection of the citizens of this country wherever they may find themselves is the primary responsibility of the government. We would therefore not brook any excuse when failings in that regard become glaring.