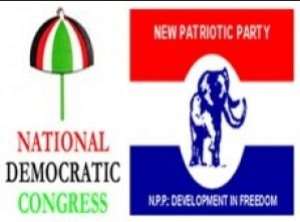 Sankore (B/A), April 21, GNA - A contingent of 55 police and military personnel has moved to restore peace at Sankore in the Asunafo North District of the Brong-Ahafo Region.

On Monday April 20, a clash erupted between supporters of the New Patriotic Party (NPP) and the National Democratic Congress (NDC) in the town.

The Ghana News Agency (GNA) learnt that the supporters of the two rival political parties attacked each other with offensive instruments.

According to Mr Stephen Akowua, Assemblyman for Sakore North, Kwame Fosu, 27, also known as Kwame Matso, a supporter of the NDC who had multiple cutlass wounds in the clash is responding to treatment at the Goaso Government Hospital.

The Assemblyman could not give reasons behind the clash, but said majority of the young men have fled the town.

Confirming the story to the GNA, Assistant Commissioner of Police (ACP) Patrick Adusei-Sarpong, the Deputy Regional Police Commander, said calm has returned to the town.

He said no arrests have been made but assured the people that the police would investigate and prosecute the perpetrators.

ACP Adusei-Sarpong said because of the volatile situation in the town, the command intends to set up a security camp.