First ever UN Resolution Passed On School-Related Gender Based Violence: “Learning Without Fear” 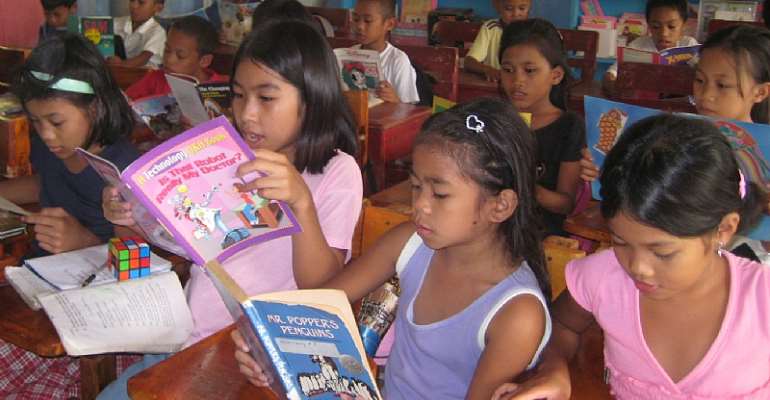 Paris - Fifty-eight countries have signed up to the first ever UN resolution on school-related gender-based violence (SRGBV), 'Learning without fear', during UNESCO's Executive Board meeting on 16 April.

The new resolution invites UNESCO and its Member States to condemn gender-based violence in all its forms and manifestations; to design and implement national policies and action plans; and to promote the creation of safe, non-violent, inclusive and effective learning environments for all boys and girls. The decision also invites the Director-General to submit to the next Executive Board a roadmap to better combat school-related gender-based violence.

This resolution was proposed by the French Ministry of Foreign affairs and International development. The Ministry, along with UNESCO and the United Nations Girls' Education Initiative (UNGEI), set up an International Working Group of 30 UN agencies, governments, development agencies, civil society and research organisations to address the issue in April 2014, with funding from the U.S. Agency for International Development (USAID).

In March, for International Women's Day, UNGEI, UNESCO and the EFA Global Monitoring Report produced a new paper showing that SRGBV has serious consequences for children's health and well-being and negatively impacts learning, school attendance and school completion. The paper called for a consensus on how SRGBV should be understood and addressed. It formed the basis of a call by H.E. Ms Annick Girardin, Secretary of State for Development and the Francophonie of France for a decision on school-related gender-based violence during the Executive Board of UNESCO.

The joint paper showed that adolescent girls are particularly vulnerable to sexual violence, harassment and exploitation, including in and around school settings. Data shows that 10% of adolescent girls in low and middle income countries reported incidences of forced sexual intercourse or other sexual acts in the previous year. And a national survey in South Africa showed that almost 8% of all secondary school girls have experienced severe sexual assault or rape while at school.

SRGBV is a global phenomenon. A study in the Netherlands found that 27% of students had been sexually harassed by school personnel. A study in the United Kingdom showed a third of 16-18 year olds face unwanted sexual touching in school.

While studies on sexual violence show a greater prevalence among girls, recent research into SRGBV reveals that boys are also at risk. One study in Thailand showed that 12% of both girls and boys reported experiencing sexual violence whilst at school.

Children in conflict and emergency settings, and those from marginalized groups are particularly at risk of SRGBV.

French Secretary of State for Development and the Francophonie, Ms Annick Girardin said: 'France has been mobilising efforts around school-related gender based violence in accordance with its commitments to gender equality and education for all. UNESCO has a key role to play in ensuring learning spaces that are free of violence and gender friendly. We are delighted in the large support base for this new resolution, which marks an important step in the recognition of this unknown global phenomenon and will be actively following up on the commitments made.'

'It is clear that SRGBV is creating a dangerous learning environment for children all over the world, especially for adolescent girls,' said Irina Bokova, Director General of UNESCO. 'School should be a safe haven for young people, especially for those in marginalized and conflict-affected countries. It is vital that the international community works together to ensure better research is carried out to understand the scale and scope of SRGBV and to develop policies to eliminate it post-2015.'

'Addressing the conditions that engender SRGBV will promote school attendance and completion and improve learning outcomes. Yet despite knowing this, we only possess a partial picture of the extent of the problem,' said Aaron Benavot, Director of the EFA Global Monitoring Report, UNESCO. We need more detailed information to identify and map the problem so that rigorous research can be conducted and appropriate policies developed. The reduction of all forms of SRGBV must be a vital component of any post-2015 agenda.'

'During the 20 years since the Beijing Declaration on women's empowerment was adopted, we've seen increased activity and interest in stamping out gender-based violence. But gender based violence in and around the classroom has largely been invisible,' said Nora Fyles, Head of the UNGEI Secretariat. 'The elimination of school-related gender-based violence cannot be left to chance. National governments with civil society and other development partners must do more to protect children and prosecute perpetrators if quality, inclusive education for all is to be achieved.'