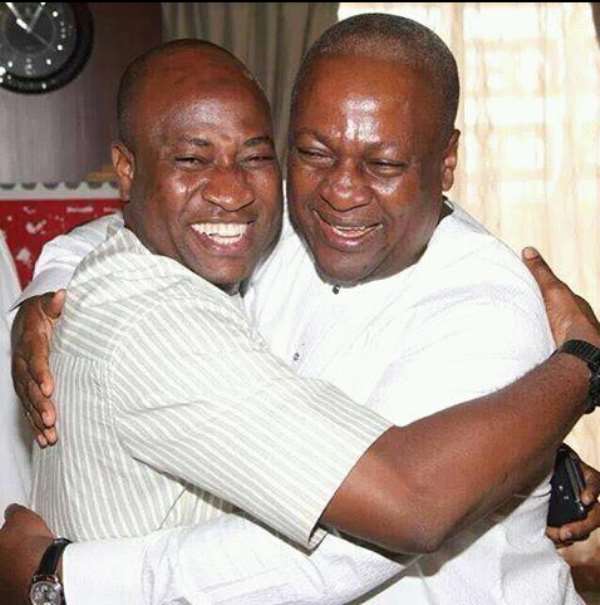 The 2016 Presidential Candidate of the New Patriotic Party, Nana Addo Dankwa Akufo-Addo, has revealed that monies from only three scams that have rocked the nation under the era of the National Democratic Congress government are greater than the entire bailout Ghana is receiving from the International Monetary Fund (IMF).

According to Nana Akufo-Addo, who was addressing a packed hall of students of the University of Cape Coast on Saturday, April 18, 2015, corruption on any scale is expensive, adding that it 'has been especially expensive to Ghana's development under this fourth NDC government.'

'At the exchange rate that was prevailing at the time when the scams took place, we are talking about $1.1 billion. The entire IMF bailout is $912 million,' Nana Addo said to a massive roar of disbelief from the students.

Continuing, he said 'These scams, that I have mentioned, are only a fraction of the numerous scams that you and I know about. Just these three give a loss to our nation which is more than the entire (IMF) bailout.'

Nana Akufo-Addo explained that 'unless we tackle the problem of corruption in government, we run a real risk of cynicism overcoming our politics and, thus, a catastrophic loss of confidence in our democracy. Ghana cannot afford this, our forebears did not struggle for Ghana to end up in such a sad state of affairs, and I believe that we can, in this generation, deliver the economic transformation that has eluded us so far if we do the right thing.'

The NPP, he said, understands that Ghanaians are weary of the impact of pervasive corruption on our society and simply want their government to fix the problem.

'They want it fixed not with words, but action. It is my belief that the fight against corruption must start with an incorruptible President. I have said so before and I will repeat it again today. I can assure you, in all humility, that I am not, have never been and will never be corrupt.'

'I can also assure you that, as your President, I will NOT condone corruption in my Government,' Nana Addo added.

He reinforced statements he has already made in the past by stating that 'people who see service in government as an avenue for making money will have no place in my government. Their proper place is in the private sector, where money-making is a positive thing. Public service is exactly that, public service.'

In concluding, Nana Akufo-Addo assured the gathering that 'I bring to the table and to the Office of President of this potentially great country an unblemished track record of personal integrity and fortitude. I invite you to bank on my essential leadership attributes and help make me your president. I will lead a strong fight against corruption in this country.'