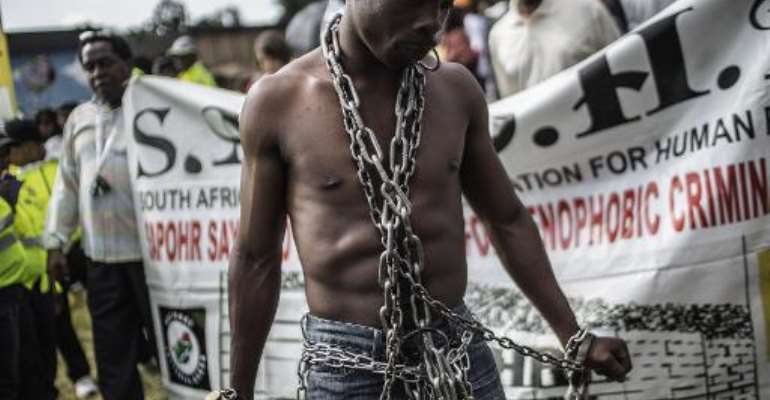 An anti-xenophobia activist stands chained in front of a banner, as thousands of people get ready to march against the recent wave of xenophobic attacks in South Africa through the streets of Johannesburg CBD on April 23, 2015. By Gianluigi Guercia (AFP)

Zimbabwean President Robert Mugabe has expressed "shock and disgust" at the xenophobic violence in Johannesburg and Durban in which at least seven people have been killed.

But he avoided the issue in his opening address to the Southern African Development Community (SADC) summit, where South Africa's President Jacob Zuma was among the delegates.

"Despite the rich endowment of our natural resources about 70 percent of our people live below the poverty line," Mugabe said, calling for the region to develop its own industries rather than exporting raw materials.

"By exporting materials in their raw form, we can only earn marginal benefit," he said.

"Just we were our own liberators from colonial bondage and oppression, we have to find the resources to free ourselves from economic bondage."

Thousands of immigrants in South Africa were displaced by the unrest earlier this month as local mobs targeted workers from countries such as Zimbabwe, Mozambique and Malawi.

The presidents of all three of those countries were among the 10 heads of state at the one-day event in the Zimbabwean capital Harare.

Ahead of the meeting, Zimbabwe's presidential spokesman George Charamba told AFP that some heads of state might choose to address the attacks.

"Whether people are going to take advantage and bring the matter up will be at the discretion of the heads of state," he said.

The subject of the summit -- industrialisation -- could itself raise the issue of why so many citizens of neighbouring countries head for South Africa, the continent's most sophisticated economy, to find work.

Zuma, who condemned the attacks after an outcry at home and abroad, focused on the problem on Monday in a manner unlikely to have been well received in neighbouring capitals.

"We cannot shy away from discussing the reasons that forced migrants to flee to South Africa," he said. "All of us need to handle our citizens with care."

Mugabe, for example, has been blamed for a collapse in Zimbabwe's economy which has sent millions of his people to seek work in South Africa.

But Zuma himself has been criticised at home for failing to reduce rampant unemployment and poverty, which are seen as an underlying cause of the violence by mobs who accused migrants of stealing their jobs.

The Harare meeting is a follow-up to a summit in Victoria Falls last August which resolved to discourage the export of primary goods and develop industries to ensure the region reaps maximum benefit from its resources.

Many member countries of SADC, which seeks to promote economic, political and security cooperation, are rich in minerals. 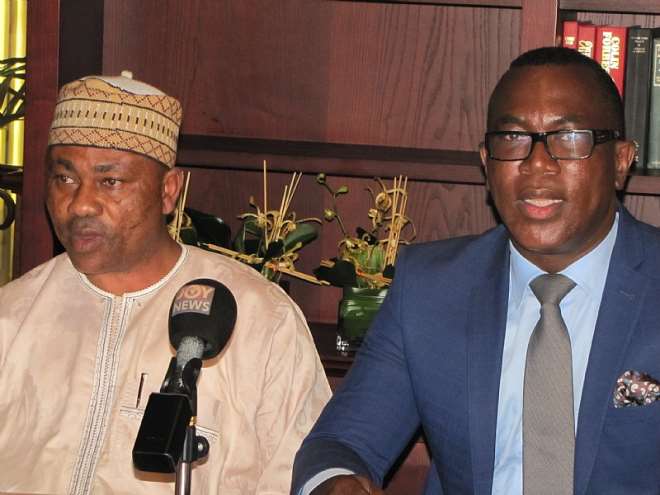 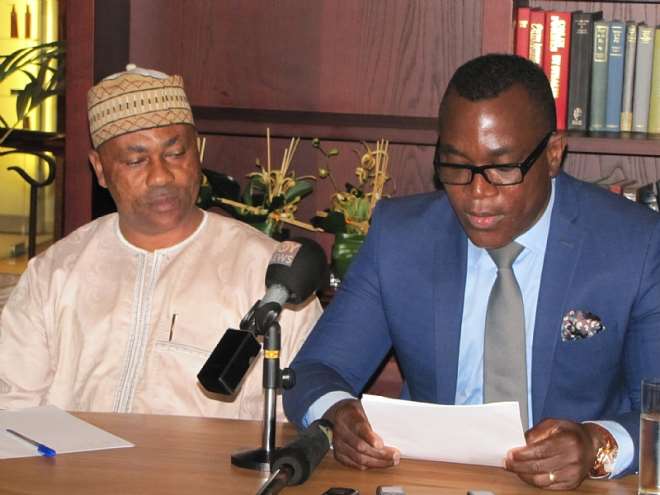 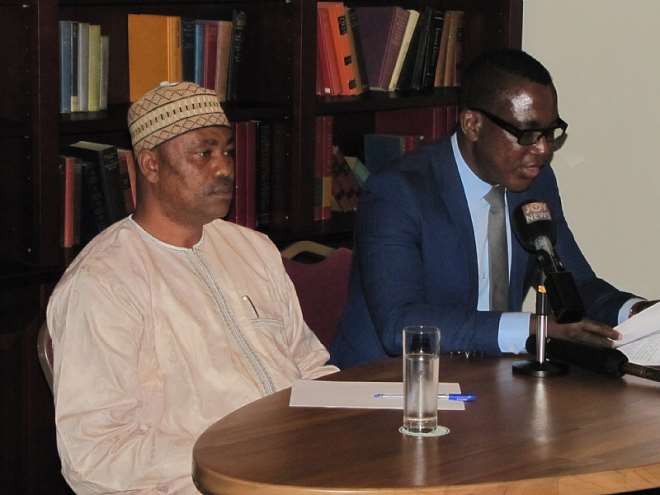