Akufo-Addo: Bawumia Is “Intelligent And Honest” 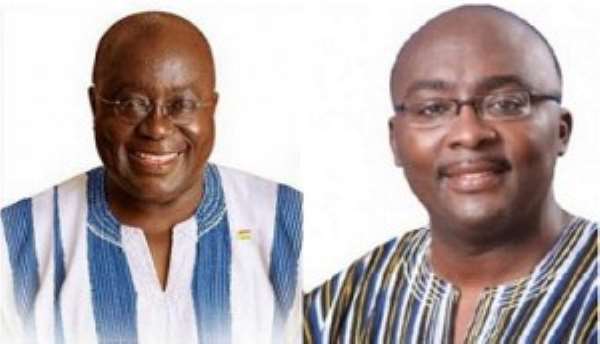 He said Ghana stands to gain from the former deputy governor of the Bank of Ghana if Ghanaians vote the NPP into power in the 2016 elections.

Speaking on the Starr Chat, Wednesday, Nana Addo noted the two of them have gelled well since 2008 and does not regret choosing the economist as his vice presidential candidate.

He added: 'The chemistry between the two of us is good. He will make a big contribution to our country.'

The duo contested against late president John Evans Atta Mills and John Mahama in 2008 but lost. The pair got defeated once again by the National Democratic Congress candidate Mahama in the 2012 polls.

Akufo-Addo will be facing off with Mahama next year in his third attempt to become Ghana's president.