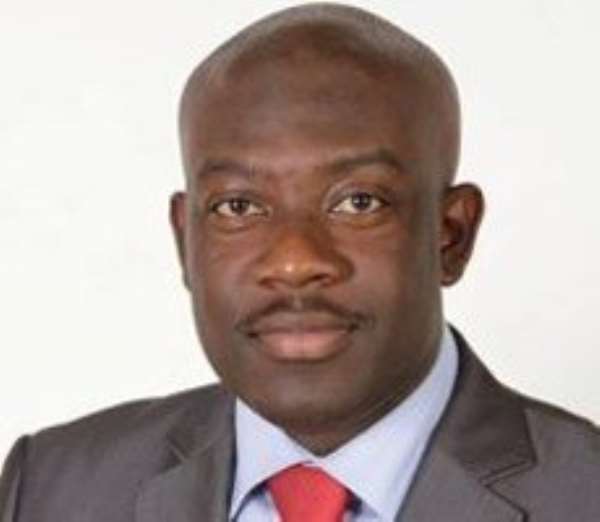 Information reaching Daily Guide indicates that the Ofoase - Ayirebi New Patriotic Party (NPP) constituency chairman, Ohene Amponsah, has ren�dered an unqualified apology to Kojo Oppong-Nkrumah, for comments he made about the latter to the effect that he doesn't qualify to contest for the seat.

Ohene Amponsah was reported to have said that Oppong-Nkrumah was not qualified to run for Parliament on the ticket of the main opposition party in Ofoase - Ayirebi .

"You must have served the party in the constituency for at least two years to run as an MP But Kojo has served the party for less than a year and a half, so what is pushing him to stand as an MP in this constituency?" Mr Ampomah queried in an interview with Starr Fm on Friday, April 10, 2015.

The ace broadcaster, who recently announced his intention to run in the NPP's parliamentary primaries, said he has weighed the "potential risks and dis�comforts of political life," but upon "calls and encouragements to run," he has come to the conclusion that he can help fix Ghana's problems through politics.

"My decision to run for public office is not one I have made lightly. I have weighed the calls and encouragements to run, against the potential risks and dis�comforts of political life. I have spent weeks consulting with delegates and members of my community and my family," the former host of Joy FM's Super Morning Show wrote on his Facebook page.

He added: "In Ghana today, many of us complain about the ills of our nation. However, few of us are willing to offer ourselves to be part of the process of fix�ing these ills. Many of us think nothing can be done. Others think the cost will be too high.

However, Amponsah in an interview with Starr Fm noted that any attempt to bulldoze Oppong-Nkrumah's candidature through, in blatant disregard for the laws of the party, would amount to set�ting a bad example.

"If Kojo goes, it will worry the party because Kojo is a stranger in the party... He is not in touch with the grassroots. He is a fine gentleman, but he needs to serve the party for a while before ascending to that level," Amponsah said.

Due to his utterances, some national and the regional executives of the New Patriotic Party on Tuesday summoned Ohene Amponsah to appear before them to answer why he went on air to make such comments.

The meeting, as gathered, took place at the official residence of Nana Akufo- Addo at Nima in Accra.

Sources told DAILY GUIDE that the party hierarchy was angry over the chairman's comments.

At the meeting, Mr Ohene Amponsah rendered an unqualified apology to Kojo Oppong-Nkrumah for making such comments