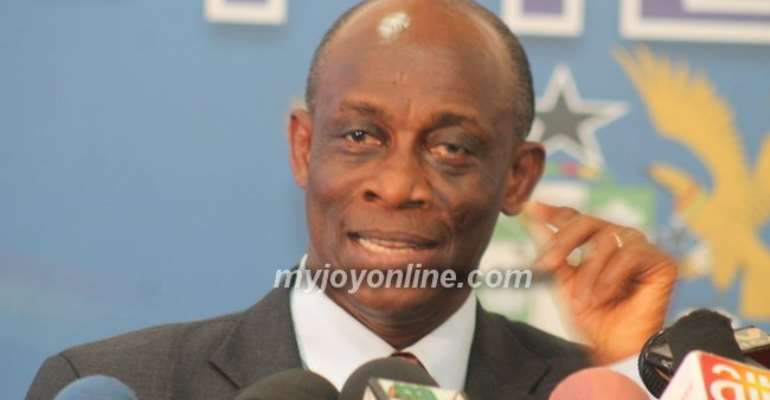 The International Monetary Fund (IMF) has said in its latest World Economic Outlook that sub-Saharan African countries including Ghana, planning to issue Eurobond this year will have to put in place a contingency plan as it envisages possible surges in exchange rates volatility.

Government has announced its intention of issuing a US$1billion Eurobond by first half of 2015 but the latest WEO report released in Washington yesterday advised that such venture into the capital market must be guided by contingency plans to forestall imminent shocks from exchange rate volatility.

The concerns of the WEO report stems from what it described as “unusually large” exchange rate movements. Among major currencies, the dollar has seen a major appreciation --which reflects major differences in monetary policy, with the United States expecting to exit the zero lower bound this year --and the euro and the yen, a major depreciation.

According to the report, episodes of volatility suggest that frontier market economies and oil exporters planning to cover their financing needs through international markets could be vulnerable to a reversal in investor sentiment, especially in a tighter U.S. monetary policy environment.

The expected hike in the value of the greenback will mean that it will be costlier to borrow from foreign capital markets especially as the country's currency continues to play second best to the dollar. Ghana's last September Eurobond attracted a coupon rate of 8.125% as the local currency went on to finish the year depreciating 30.9%.

The country, which has since entered into an IMF programme, will be counting on the Fund's programme to allow it raise US$1billion to retire debts which matures in 2017 as well as fund infrastructure projects.

The inflow of the Eurobond, together with the IMF's US$940million Economic Credit Facility (ECF), analysts say, should provide some respite for the local currency which has already seen 16.1% depreciation by end of first quarter 2015.

Stalled growth in sub-Saharan Africa According to the WEO report, growth for SSA was resilient in the past year but this is expected to succumb to the pressures emanating from declining commodity prices and the epidemic in Ebola-affected countries.

Sub-Saharan African growth for 2014 as a whole remained solid at 5.0 percent, albeit lower than the 5.2 percent growth in 2013. Growth in South Africa fell from 2.2 percent in 2013 to 1.5 percent in 2014, on account of mining strikes and electricity supply constraints.

Sub-Saharan Africa is projected to experience solid growth in 2015–16, but given the weaker global outlook, its economic prospects have been revised downward relative to earlier expectations.

In 2015, growth in sub-Saharan Africa is projected to fall to 4.5 percent—a substantial downward revision of 1� percentage points relative to the October 2014 WEO—before rebounding to 5.1 percent in 2016.

Oil exporters in the region will be severely affected, with growth in 2015 marked down by almost 2� percentage points.

By contrast, growth in the region's oil importers in 2015–16 is expected to average 4� percent, a downward revision of 0.3 percentage point relative to the October 2014 WEO prediction, as the favorable impact of lower oil prices will be offset to a large extent by lower commodity export prices.