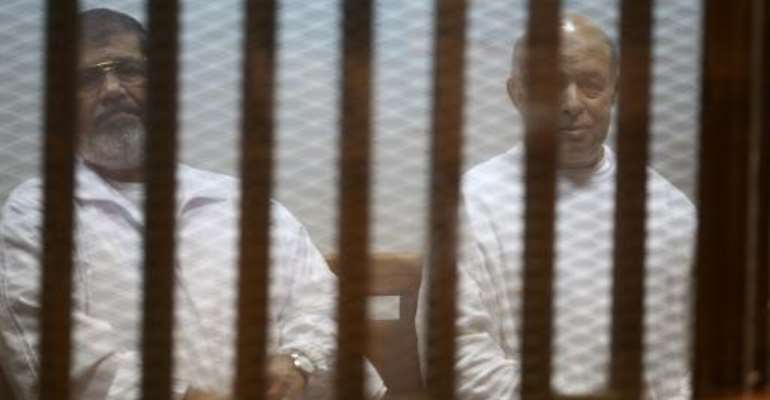 Egypt's deposed president Mohamed Morsi (left) and his former chief of staff Refaa al-Tahtawi sit inside the defendants' cage during their 2014 trial in Cairo. By Ahmed Ramadan (AFP/File)

Refaa al-Tahtawi had been charged with hiring someone banned from public service, the court official said.

Tahtawi had given a job to a man convicted of belonging to a terrorist group and of setting fire to several video clubs in the capital.

The man, who had been sentenced in the 1990s to 15 years in prison, was himself jailed for a year on Wednesday for having accepted the appointment.

Morsi, overthrown in 2013 by then army chief and current President Abdel Fattah al-Sisi, is himself on trial on a number of charges.