Confusion Galore as Churcher sails through 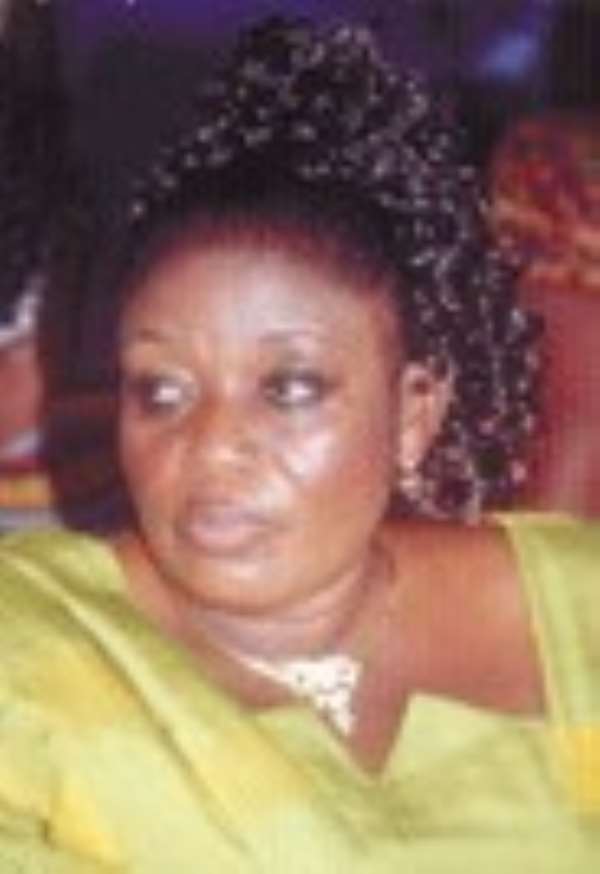 Tension, animosity and confusion characterised the primary of the New Patriotic Party (NPP) in the Cape Coast Constituency at the University of Cape Coast at the weekend which gave the nod to Ms Christine Churcher, the incumbent Member of Parliament(MP) to represent the party in the December parliamentary election.

The problem began when it was suggested that the venue which was originally the assembly hall near the Atlantic Hall at the old site be changed to the new lecture hall at the new site. According to the organisers and security, the old site was not spacious enough to contain the large number of supporters of both candidates.

It was at that stage that matters got to a head as supporters of both candidates,took entrenched positions over the sudden change of venue.Rumour was also rife among supporters of Mr Edwin Godwin Buckman that the change of the venue was a political ploy while those of Ms Christine Churcher suspected that, 'juju' had been planted at the original venue to facilitate her defeat.

To make matters worse, supporters of both candidates began exchanging insults, taunts, and threats, amidst singing, drumming and dancing. It took the intervention of executives from the national and regional levels as well as the Central Regional Minister, Mr Isaac Edumadze, before peace prevailed for the election to be moved to the new lecture hall at the new site well behind schedule.

That was not the end of the troubles because a protest was lodged against the inclusion of the names of three polling station chairmen, who did not vote during the 2000 primary because they were absent. The problem was, however, resolved after consultations to pave way for the primary.

Only officials of the party and few supporters of both candidates were allowed into the lecture hall with the rest of the large and anxious party supporters waiting outside for security reasons. Ms Churcher, who is also the Minister of State, in charge of Basic Secondary and Girl Child Education polled 67 votes out of the 116 votes cast to retain her seat for the third consecutive time.

Her only challenger, Mr Buckman, a 30-year old tutor of the Ghana National College, polled 48 votes.

Three delegates absented themselves from the primary while one ballot was rejected. In her victory speech, Ms Churcher said the primary was between choosing a candidate who will retain the parliamentary seat and defeat the National Democratic Congress (NDC) and promised to serve her constituents to the best of her ability.

On his part, Mr Buckman said although defeated, he remained committed to the cause of the NPP to retain power and promised to team up with Ms Churcher to retain the seat.

We're going to establish a guinea fowl processing factory he...
51 minutes ago